cancel confirm NSFW Votes: (0 votes)
Are you the publisher? Claim or contact us about this channel.
0
Showing article 128 of 562 in channel 31949556
Channel Details:
Viewing all articles
Browse latest Browse all 562
0
0
In 1908 a football club was formed in a street corner cafe ( De Vereeniging) in Rotterdam. It has been claimed that the inspiration was the receipt, as a birthday gift, of a genuine leather football by one Cees Van Baaren.

The lads who formed the club gave it the name Wilhelmina , the name of the local church near which they held their kickabout games. According to some sources the founders were van Baaren (age 17), G.A Muller, Gerard van Leerdam , J. Bladel, and  L. den Hertog . Other sources include Nico  Struijs and give the name Henk Mulder in place of Muller.  Van Baaren,  Muller, van Leerdam and Struijs featured in the club's first ever fixture, a  2-1 win over Be Quick Bospolder. 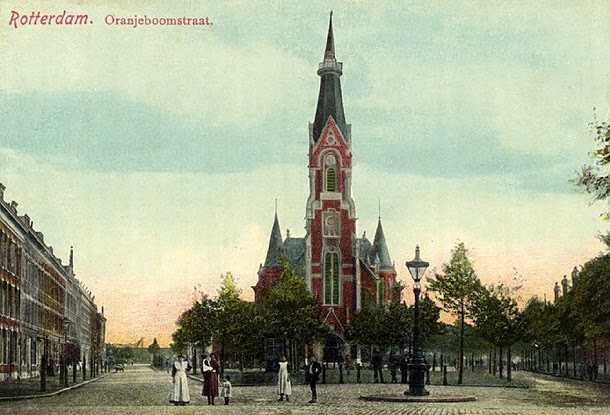 In 1909 the name was changed to HFC (Hillesluise Footbal Club) and joined the Rotterdam Football Association. However, the Association wouldn't accept the name  HFC as Haarlem FC  (now Royal HFC Haarlem) were already members. 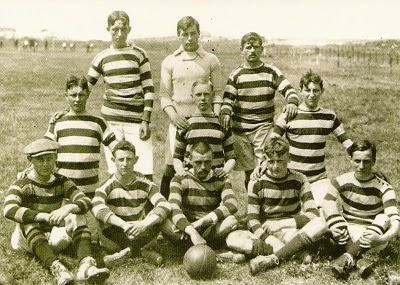 Van Baaren in the plain jersey, hand on GA Muller's shoulder. The hoops were black and yellow.
The club now chose the name Celeritas (Latin for swift or speedy) and replaced their red white and blue kit with black and yellow hoops. 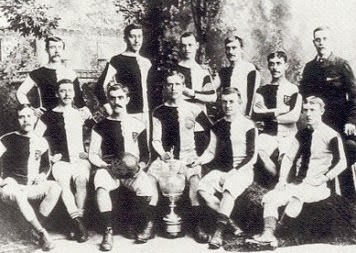 In 1912 Celeritas were promoted into the third tier of the Dutch Football Association. This necessitated another name change (there was a Celeritas den Haag) . In July 1912 members voted on 3 possible names: Mars, Het Zuiden or Feijenoord.  Feijenoord (later Feyenoord) was chosen, and the new colours of red and white were adopted to mark the change.
The following month, under the new name, the club won it;s first ever trophy, the Concordiaan-Beker. 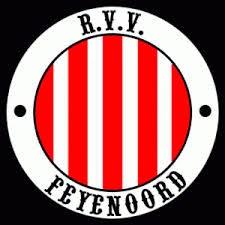