cancel confirm NSFW Votes: (0 votes)
Are you the publisher? Claim or contact us about this channel.
0
Showing article 141 of 562 in channel 31949556
Channel Details:
Viewing all articles
Browse latest Browse all 562
0
0 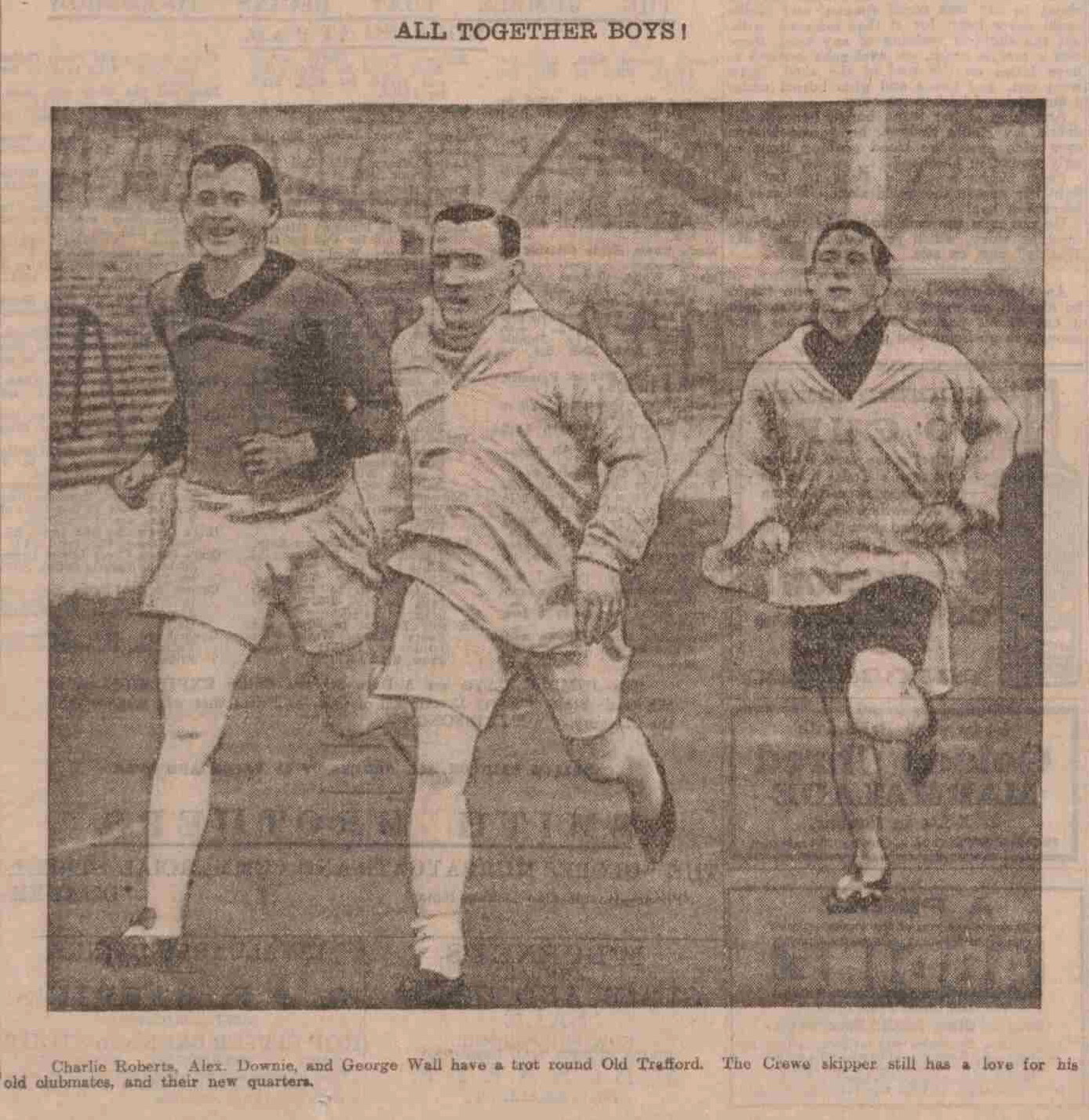 Charlie Roberts, Alex Downie and George Wall have a trot round Old Trafford, The Crewe skipper still has a love for his old clubmates and their new quarters.
Dundee Evening Telegraph 14.02.12
Glaswegian Alex Downie played for Third Lanark, Bristol City and Swindon Town before joining Newton Heath in 1902. The following year the Heathens underwent a change of name  and became Manchester United.  The half back played 191 games for the club before moving on to Oldham Athletic, United were still playing at Bank Street when he left the club.
At the time Downie was at Crewe Alexandra (1911-12) they were playing in the new Central League. They had been a League club between 1892 and 1896 and rejoined with the expansion in 1921-22.