cancel confirm NSFW Votes: (0 votes)
Are you the publisher? Claim or contact us about this channel.
0
Showing article 192 of 562 in channel 31949556
Channel Details:
Viewing all articles
Browse latest Browse all 562
0
0 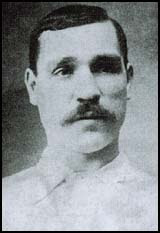 It was a different world...
Footballers were paid decently enough, but for most working class pros the end of their playing days  meant a return to industry. Some made it as coaches and others were set up as publicans, but they were in the minority. In April 1908 Cocky Bennett was killed at  Denaby Main Colliery. 18 months earlier he had been playing for Bristol City in the First Division.
Bennett had made 234 appearances for Sheffield United , scoring 72 goals. He scored 22 goals in 49 matches for Bristol City, helping them to win the Second Division title in 1905-06.