cancel confirm NSFW Votes: (0 votes)
Are you the publisher? Claim or contact us about this channel.
0
Showing article 217 of 562 in channel 31949556
Channel Details:
Viewing all articles
Browse latest Browse all 562
0
0 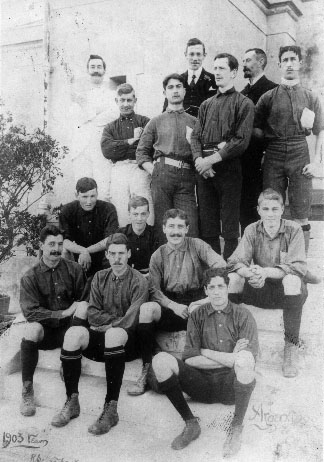 1903
In Quilmes, Buenos Aires, during the latter part of the 1890s there was a group of footballers who called themselves El Relámpago (Lightning). The local football club was Quilmes Atlético Club, founded in 1887 by English residents. As native born Argentinians the Colegio Nacional students who played for El Relámpago were excluded from Quilmes Atlético Club.
Quilmes Atlético Club, like many other clubs in Argentina, remained the preserve of European incomers. The language of Argentine football was English, and so was the style.
On December 1st, 1899 the boys who had made up El Relámpago founded Club Argentino de Quilmes. The act of foundation  records that the name Club Atlético Argentino de Quilmes , chosen as a tribute to the Motherland and our People, was proclaimed unanimously.
Argentino de Quilmes was the first club to be formed by native born Argentinians, and as such was the club in which  The notion of fútbol criollo as a distinct style and philosophy of play first found its expression.