cancel confirm NSFW Votes: (0 votes)
Are you the publisher? Claim or contact us about this channel.
0
Showing article 242 of 562 in channel 31949556
Channel Details:
Viewing all articles
Browse latest Browse all 562
0
0 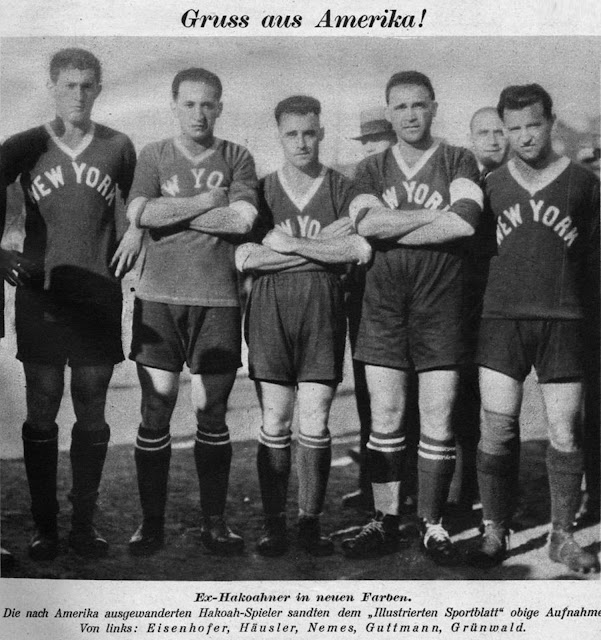 1928-29:  5 former Hakoah Wien players in the colours of  New York Hakoah, from left:
József Eisenhoffer (aka József Aczél)- a versatile left sided player capped 8 times by Hungary.
Moses “Moritz” Häusler- an inside forward who represented Austria 7 times.
Sándor Nemes (aka Alexander Neufeld)- a forward who represented both Hungary (3) and Austria (2) in international football.
Béla Guttmann- the centre half went on to become one of the great managers in world football. He represented Hungary 4 times.
Max Grünwald - an inside forward, a man with twice as many international goals as international caps! Admittedly, that's 2 goals in 1 game for Austria.
These players were among those from the Hakoah Wien touring team of 1926 who decided to settle in the United States.