cancel confirm NSFW Votes: (0 votes)
Are you the publisher? Claim or contact us about this channel.
0
Showing article 290 of 562 in channel 31949556
Channel Details:
Viewing all articles
Browse latest Browse all 562
0
0 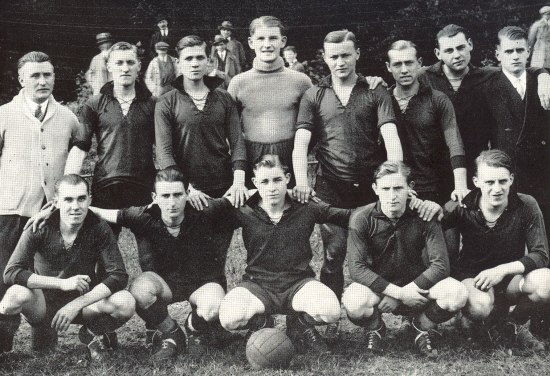 
Writing about football pre 1937 I didn't expect to find myself dealing with penalty shootouts. However, an Easter Tournament organized by ADO Den Haag in 1935 was indeed decided by a duel from 11 metres.
This was ADO's first such tournament and the 4 teams featured were:

Royal Daring Club Molenbeek (Belgium)- Daring Club de Bruxelles (matriculation n°2) was founded in 1895. In 1936 and 37 they were Belgian Division d'Honneur champions and won the Belgian Cup in 1935.

Excelsior Athlétic Club de Roubaix(France) came into being in 1928 (a merger of Excelsior Club de Tourcoing and F C de Roubaix). Excelsior turned professional in 1932 and won the Coupe de France in 1933.

The tournament was played over 2 days at Zuiderpark. The visiting teams were too strong for the 2 Den Haag clubs (Netherlands football was resolutely amateur at this time).

When the final ended in a 2-2 draw each team had three penalty kicks. Daring scored all three of theirs whilst Excelsior missed with one.