cancel confirm NSFW Votes: (0 votes)
Are you the publisher? Claim or contact us about this channel.
0
Showing article 297 of 562 in channel 31949556
Channel Details:
Viewing all articles
Browse latest Browse all 562
0
0 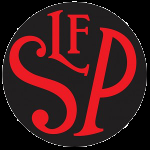 Football can play a significant role in  the development of a sense of national identity. In 1907 the president of Brazil, Snr Afonso Pena, donated a trophy to be awarded to ' National Champions'.

The first Rio de Janeiro championship had been decided in 1906 (Fluminense)  whilst the São Paulo championship had been in place since 1901 (Germania were the 1906 champions).
The governing bodies of football in the 2 principal cities (Liga Paulista de Foot-Ball (founded 1901) and Liga Metropolitana de Sports Athleticos (founded 1905)) decided against a championship playoff between the 2 champion clubs, and instead opted for a match between 2 league representative teams.
This overlooked the fact that a Bahia state championship had been played since 1905 (Clube de Natação e Regatas São Salvador were the reigning champions).
The 2 representative sides met first on 25.08.07 at São Paulo's Campo do Velódromo.
The line ups were:


São Paulo took a firm hold by winning the home tie by 4-1. The São Paulo goalscorers were Leônidas Bellegardes, Oscar de Andrade, Aquino and Colston. Oswaldo Gomes scored for the visitors.
The return fixture was played  7 weeks later on 12.10.07 at Paysandu's ground.


São Paulo won this leg by 1-0 with a goal from Leônidas Bellegardes.

The Carioca Paulista theme was revived in a club competition in 1910.