cancel confirm NSFW Votes: (0 votes)
Are you the publisher? Claim or contact us about this channel.
0
Showing article 376 of 562 in channel 31949556
Channel Details:
Viewing all articles
Browse latest Browse all 562
0
0 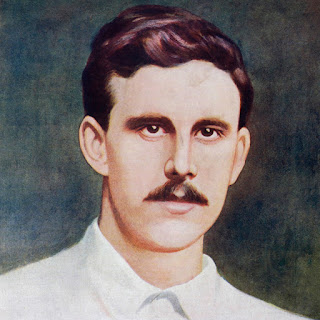 Vivian Woodward's name is forever associated with the remarkable scoring feats of the England Amateur sides of 1906-14 (and their other guise as the double gold medal winning Great Britain Olympic team of 1908 & 1912). He also toured with Football Association squads and featured prominently for various amateur combinations such as English Wanderers and Pilgrims
It is worth recalling that Woodward also scored 29 goals in 23 matches for England between 1903 and 1911.
So what of Vivian Woodward in League and Cup football?
Woodward joined Spurs in March 1901 and made just 1 Southern League appearance that season:

Woodward has the distinction of scoring Tottenham Hotspur's first Football League goal.
Chelsea were prepared to play Woodward in the 1915 FA Cup Final (by then he was Lieutenant Woodward of the 17th Middlesex (1st Football Battalion)). Woodward declined to take the place of the in form  Bobby Thompson.
A gentleman amateur (an architect and farmer) Woodward was also on the board of directors for Tottenham and Chelsea during his time with the clubs, something we'll probably never see in the Premier League.
Viewing all articles
Browse latest Browse all 562
More Pages to Explore .....
© 2022 //www.rssing.com