cancel confirm NSFW Votes: (0 votes)
Are you the publisher? Claim or contact us about this channel.
0
Showing article 385 of 562 in channel 31949556
Channel Details:
Viewing all articles
Browse latest Browse all 562
0
0 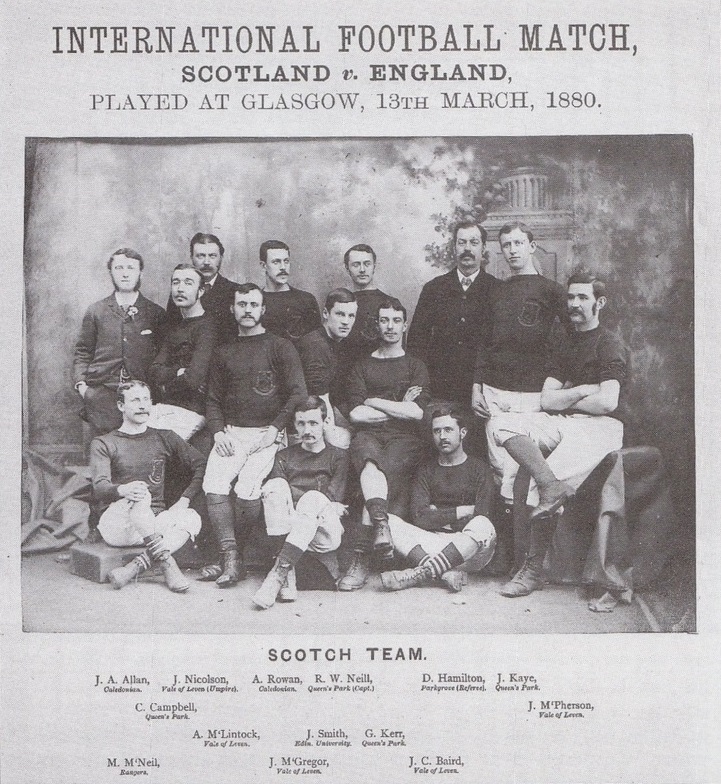 The 9th Scotland v England match was the 3rd in a row to produce 9 goals.  On this occasion Scotland ran out winners by 5-4. The goals came from Kerr (3), Baird, and Kaye.
The term 'Scotch' was in common usage on both sides of the Tweed in the 19th century, and had not acquired the pejorative tone that it carries today. The English and Scottish press would refer to Scotch teams (and of course Scotch Professors). The Monday following this match the Glasgow Herald referred to the Victory of the Scotch Team.
The great (English) historian A. J. P. Taylor was using the word Scotch in the 1960s:
Some inhabitants of Scotland now call themselves Scots and their affairs Scottish. They are entitled to do so. The English word for both is Scotch, just as we call les français the French and Deutschland Germany. Being English, I use it.