cancel confirm NSFW Votes: (0 votes)
Are you the publisher? Claim or contact us about this channel.
0
Showing article 48 of 562 in channel 31949556
Channel Details:
Viewing all articles
Browse latest Browse all 562
0
0 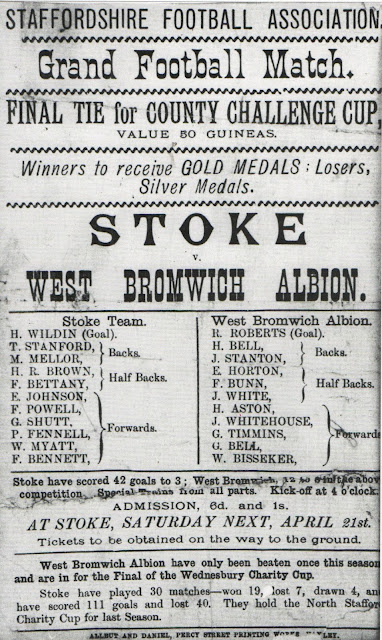 Matches such as this were the staple in the pre League football days.
Even in friendly competition local and regional rivalries could become fierce; when a trophy and medals were at stake competition became more intense. Winning a County trophy also enabled a club to secure more lucrative friendly fixtures. In the 1880–81 season West Bromwich Albion had inflicted Stoke's first defeat in competitive football in the first round of this competition.
This Staffordshire Cup Final, played on April 21st 1883, drew a crowd of  6,150 . To put that into context the FA Cup Final at The Oval that season saw an attendance of 8,000, and the England v Scotland fixture at Bramall Lane  was watched by 7,000,
This match was played at Stoke Athletic Ground. Stoke had scored 42 goals en route to the final.
1,500 West Bromwich Albion supporters travelled on a Football Special to Stoke.  The 2 clubs were founder members of the Football League 5 years later and 131 years later both feature in the Premier League.
Neither team wore the colours with which we now associate them- Albion wore red and white hoops and Stoke blue and black hoops.
West Bromwich Albion won a thrilling game by 3-2. It was the club's first trophy.
Both Stoke and West Bromwich Albion entered the FA Cup for the first time in the 1883–84 season. 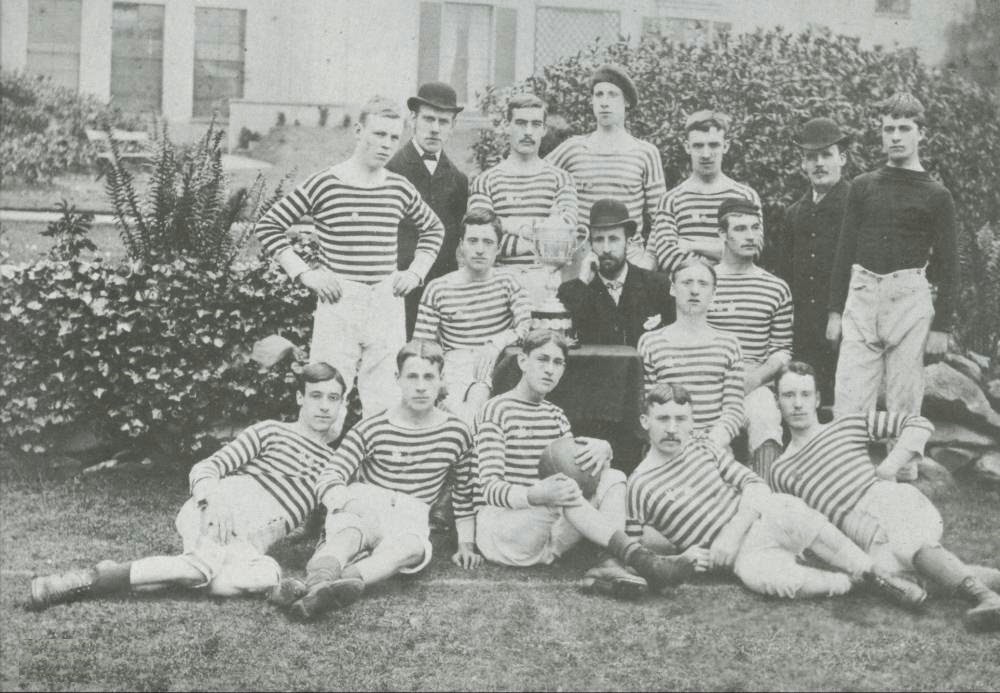