cancel confirm NSFW Votes: (0 votes)
Are you the publisher? Claim or contact us about this channel.
0
Showing article 502 of 562 in channel 31949556
Channel Details:
Viewing all articles
Browse latest Browse all 562
0
0 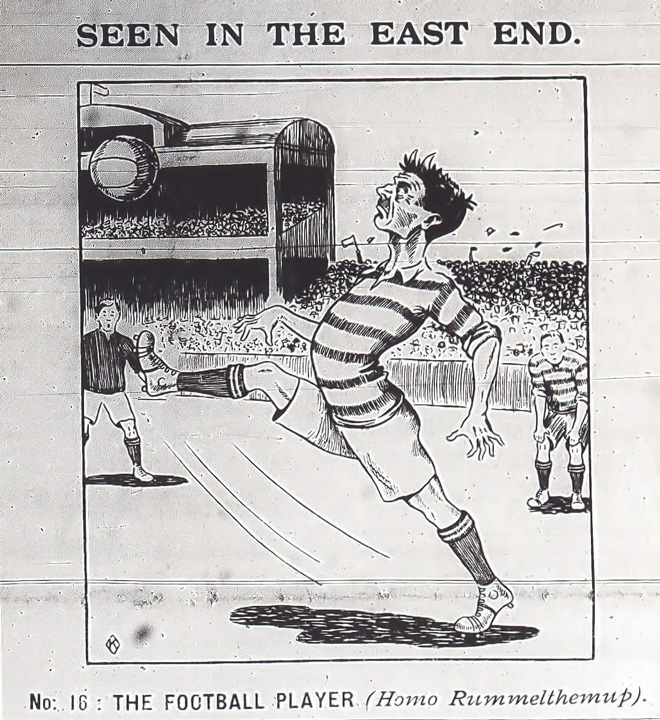 The idol of the people a gentleman who spends his Saturday afternoons endeavoring to kick a leather ball into a net. If he is successful in his efforts the eighty thousand or so who look on are seen to assume a pleased expression.
The game might be made more exciting if all the players kicked in the same direction , as more goals would be scored, and , after all, goals are what the spectators want.
The greatest names in history are those of napoleon, Gladstone and Jimmy Quinn- these three, and the greatest of these is Jimmy Quinn. If you don't believe me ask anybody in Parkhead.