cancel confirm NSFW Votes: (0 votes)
Are you the publisher? Claim or contact us about this channel.
0
Showing article 509 of 562 in channel 31949556
Channel Details:
Viewing all articles
Browse latest Browse all 562
0
0 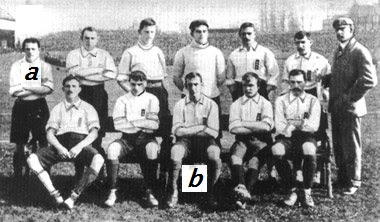 England v Scotland, Villa Park, 08.04.1899
The England XI for this match was made up of 10 professionals and 1 amateur. These men illustrate the social gulfs that were bridged by the game in Victorian Britain.
Player 'a' is Raby Howell, of Liverpool. Howell was a Sheffield born Romany Gypsy.
Player 'b' is Gilbert Oswald Smith. Smith was a Charterhouse pupil and went on to Oxford University. After graduating he played for Corinthians and Old Carthusians. He won 20 caps and scored 11 international goals in the period 1894 to 1901.
This was the deciding match in the British Home Championships.
In their games against Wales and Ireland Scotland had scored 15 goals and England 17!
England ran out winners at Aston lower Grounds. G.O Smith's 20 yard lob went in off the post after 25 minutes and Settle had an easy finish after a good cross from Athersmith 5 minutes before the break.
Hamilton pulled one back in the 52nd minute after a scrimmage had floored Jack Robinson. 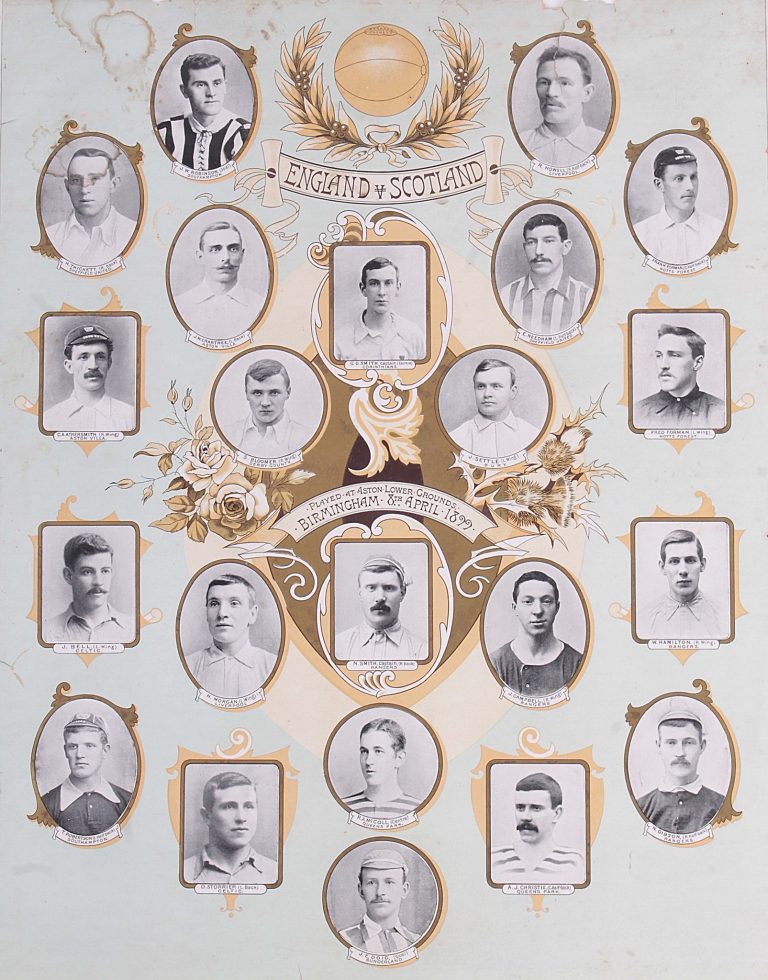