cancel confirm NSFW Votes: (0 votes)
Are you the publisher? Claim or contact us about this channel.
0
Showing article 550 of 562 in channel 31949556
Channel Details:
Viewing all articles
Browse latest Browse all 562
0
0 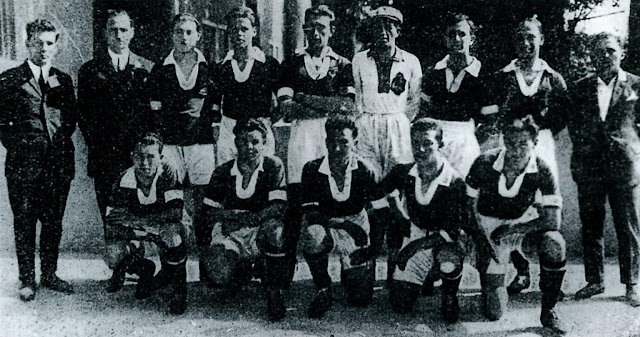 1924 was a big year in Bulgarian football. The first national championship competition was scheduled and the nation played its first international fixtures.
Regional leagues had been held since 1921, and in 1924 a unification tournament for the 6 regional champions was planned. Unfortunately this was  abandoned when Vladislav (Varna) refused to replay their semi final with Levski in Sofia, wanting a switch to Varna as the original tie had been played in Sofia. This was never resolved.
The following season's  championship was successfully concluded, with Vladislav beating Levski 2-0 in the final.


Austria (in their 87th international) were too strong for the Bulgarians, who held out until the 31st minute. The final score was Austria 6, Bulgaria 0.

Bulgaria made 2 changes for their next match, against The Irish Free State at the Olympic Games in Paris.


They were beaten by Patrick Dunkan's 75th minute goal.
Bulgaria's first international win came in their 15th match, against Romania in 1930.