cancel confirm NSFW Votes: (0 votes)
Are you the publisher? Claim or contact us about this channel.
0
Showing article 84 of 562 in channel 31949556
Channel Details:
Viewing all articles
Browse latest Browse all 562
0
0 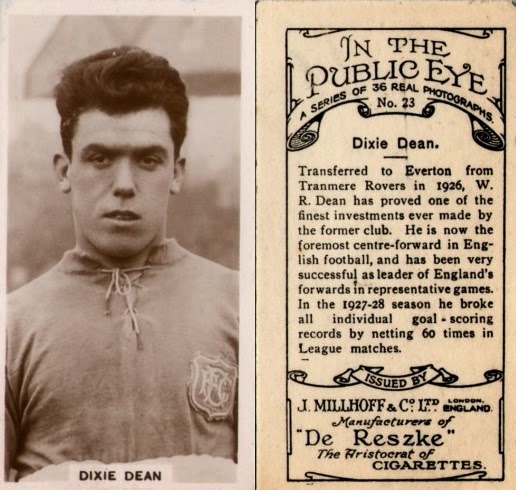 A record that will never be broken.
During the course of the 1927-28 domestic season Bill Dean of Everton, known (to his displeasure) as Dixie, scored 60 League goals for Everton. He also scored 3 FA Cup goals and 4 goals in international friendlies.
During the record breaking season he scored 7 hattricks and was responsible for 58.8% of Everton's League goals (102).
Everton had sealed the championship before the final game , and 48,715 fans were at Goodison to watch the Arsenal match. Dean was on 57 goals. Arsenal went ahead after 2 minutes - Dean equalised a minute later, and in the 6th minute scored from the spot after he was fouled. The record-breaking  goal came in the 82nd minute, Dean heading in from a corner (a third of his 431 career goals were headed). 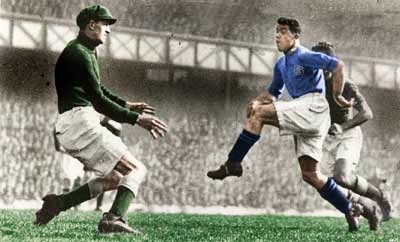