cancel confirm NSFW Votes: (0 votes)
Are you the publisher? Claim or contact us about this channel.
0
Showing article 96 of 562 in channel 31949556
Channel Details:
Viewing all articles
Browse latest Browse all 562
0
0 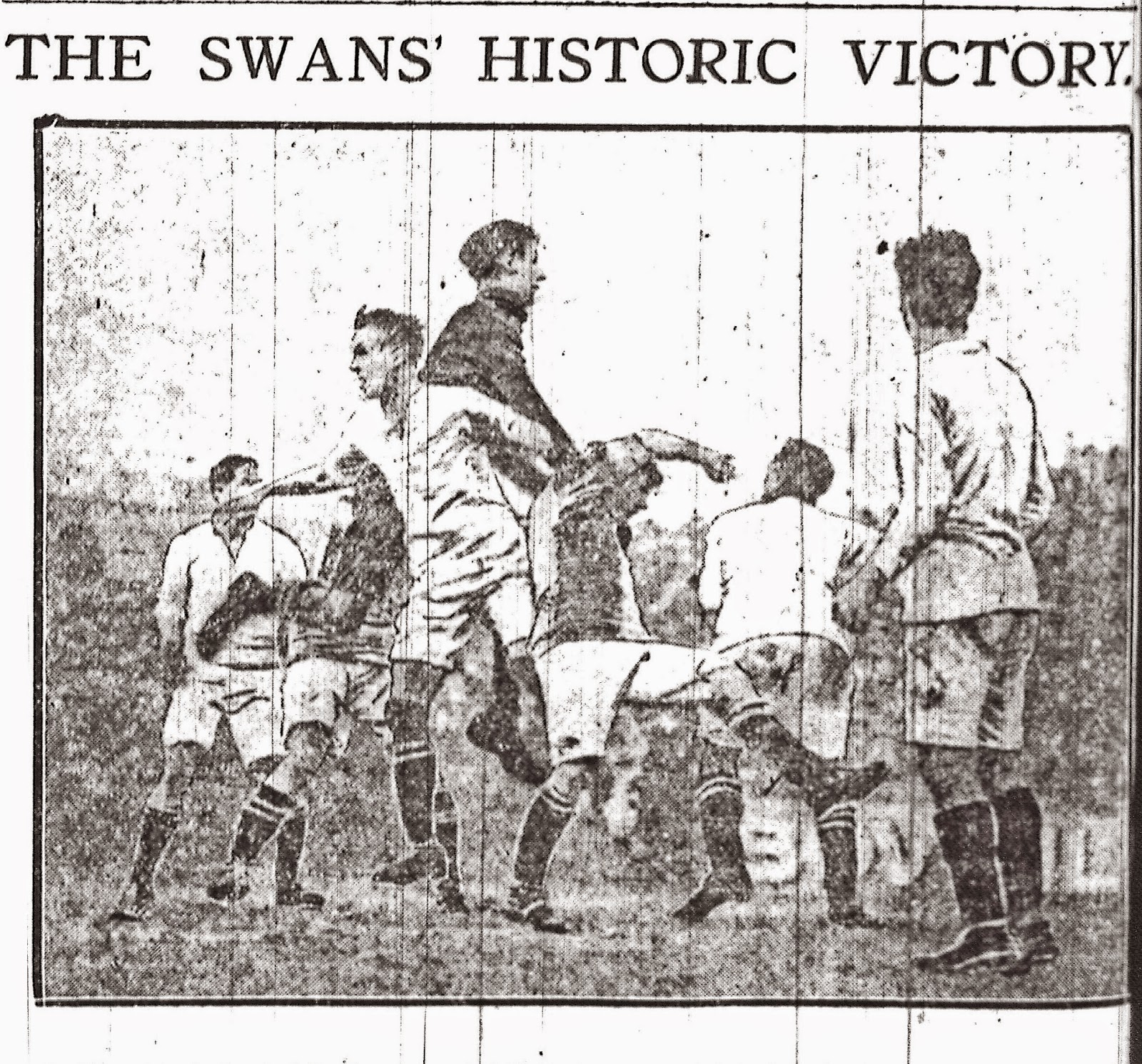 On Saturday Swansea City travel to Blackburn Rovers in the 4th round of The FA Cup.
When the 2 met in January 1915 for a first round FA Cup tie, the outcome was one of the biggest upsets in the history of British football.
Blackburn Rovers were a big, big club. Established 40 years previously they were founding members of The Football League. The previous season Rovers had won the Championship (their 2nd title).  They had won the FA Cup 5 times. At the time of this match (09.01.15) they were 5th in Division 1.
Their line up featured 4 England internationals ( Crompton, Bradshaw, Latheron and Hodkinson) and 1 Scottish international ( Aitkenhead).
Crompton had played for England a remarkable 41 times ( a record which stood for 38 years), captaining on 21 occasions.
Rovers offered Swansea a large sum to switch the match to Ewood Park but the offer was declined and 16,000 people were at the Vetch to see the League champions.
Swansea Town were in the second division of the Southern League. They had only come into existence in 1912. Their line up that day was light on stars. Club captain Thomas Hewitt had played for Wales 8 times (1911-14). Captain for cup matches that season was Joe Bulcock The man who became a hero that day was a 16 year old Rugby player. Benny Benyon was only playing 'soccer' because Rugby was suspended during the war.
Blackburn attacked relentlessly from the outset, but in the 20th minute Swansea broke out of defence in a move, started and finished by Beynon, that covered the length of the pitch and gave the Swans an unlikely lead.
At half time Swansea were reduced to 10 men when Lock was injured.
Rovers bombarded the Swans goal in the 2nd half. They were awarded a penalty but remarkably Billy Bradshaw, who had scored with 36 consecutive spot kicks, shot wide. Harry Read went off injured and Swansea had to hold out for the last quarter of an hour with just 9 men.
It was, according to  contemporary newspaper reports: A humiliation that staggered the football world.
As the photograph shows, Swansea Town were unique in having a strip in which jersey and knickers were of the same colour.
Benny Beynon returned to Rugby after the war and played for Wales, but in a ruling that highlights the stupidity of the way in which that game was administered, he was banned for professionalism on account of his Association football exploits. He went to Oldham as a Northern Union player.
Joe Bulcock (Town) and Eddie Latheron (Rovers) were both killed in the war.