cancel confirm NSFW Votes: (0 votes)
Are you the publisher? Claim or contact us about this channel.
0
Showing article 108 of 562 in channel 31949556
Channel Details:
Viewing all articles
Browse latest Browse all 562
0
0 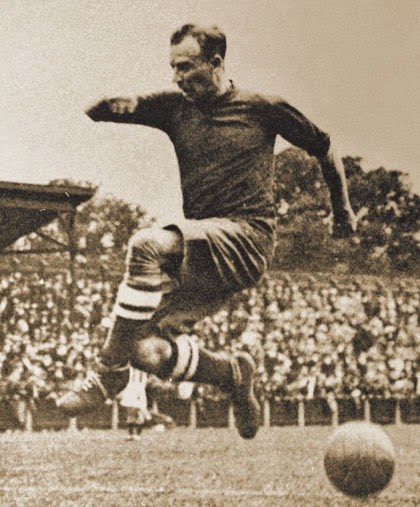 In the history of international football 95 players have scored 40 goals or more for their country.
Of those only 5 have averaged more than a goal a game. And the greatest average, 1.37 goals per game, belongs to Poul Nielsen of Denmark.
In an international career lasting from 1910 until 1925 Nielsen scored 52 goals in 38 matches. He scored in 60% of the international matches he played (23).

Remarkably he played 201 championship games and scored 276 goals, giving him an average of 1.37 goals per game in club football as well.