cancel confirm NSFW Votes: (0 votes)
Are you the publisher? Claim or contact us about this channel.
0
Showing article 126 of 562 in channel 31949556
Channel Details:
Viewing all articles
Browse latest Browse all 562
0
0 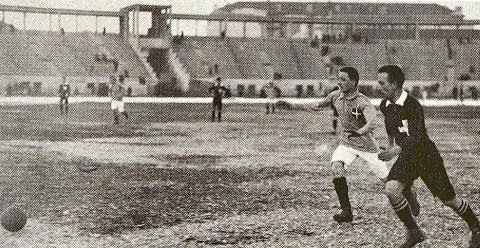 European International Football 1914-1919
The Central Powers
Austria played 22 matches during the hostilities-19 editions of their long running series with Hungary and 3 against neutral Switzerland
Germany played no internationals between April 1914 and June 1920.
Hungary played 19 matches v Austria.
The Entente Powers
Belgium (site of the Western Front hostilities) played no matches between April 1914 and March 1919.
Finland (then a part of the Russian Empire) played no matches from May 1914 to May 1919.
France played no matches between May 1914 and March 1919.
Italy played Switzerland in 1915 before entering the war.
Russia played its last international in July 1914 and ceased to exist following the October Revolution in 1917.
The United Kingdom.
The 4 United Kingdom teams- England, Ireland, Scotland and Wales, all suspended internationals during the period of the war. In Scotland domestic football continued.
England and Scotland played each other twice for charitable causes...
13 May 1916 - England 4 Scotland 3
8 June 1918 - Scotland 2 England 0 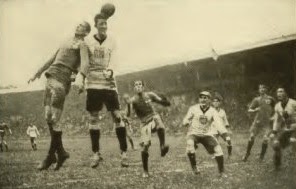 Stockholm, 20.8.16- Sweden 2- U.S.A 3.
Neutrals
Denmark played 15 games v Norway and Sweden.
Luxembourg (under German occupation) played no matches between February 1914 and August 1920.
Netherlands played no matches between May 1914 and June 1919.
Norway featured in 17 matches including 1 vs USA and 16 against Sweden and Denmark.
Sweden played 18 matches during the hostilities-1 vs USA and 17 against Norway and Denmark.
Switzerland played 5 matches, 1 against Italy (before Italy entered the war), 3 v Austria and 1 v Hungary.