cancel confirm NSFW Votes: (0 votes)
Are you the publisher? Claim or contact us about this channel.
0
Showing article 131 of 562 in channel 31949556
Channel Details:
Viewing all articles
Browse latest Browse all 562
0
0 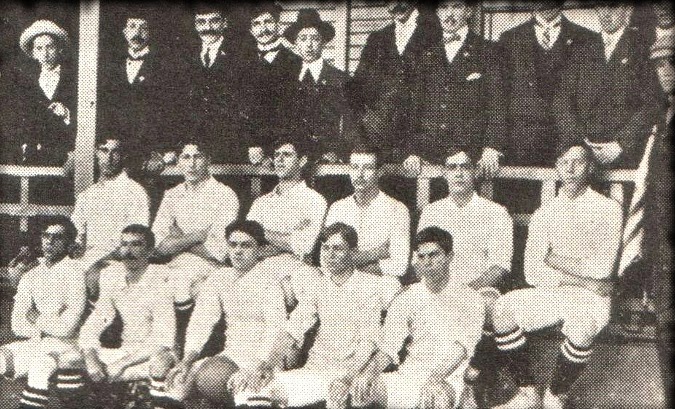 It was an early example of the democratization of football in South America.
In 1897, when football was still almost exclusively a bourgeoisie concern, a group of dock workers in Montevideo formed a football club. They called it Cagancha FC.
They applied to join the Uruguayan Football Association but there was an evident distaste for 'native' clubs. So Cagancha changed their name to FC London. The eventual name change to River Plate is said to have been inspired by the name on containers aboard  English ships that docked in Montevideo.
The club colours were originally black but after the 1904 Civil War they changed to red and white vertical stripes.
River Plate joined the Primera División of Liga Uruguaya in 1907 and won the championship  in 1908, 1910, 1913 and 1914. They also won the Copa de Honor Cousenier in 1912, beating Racing Club de Avellaneda.
In 1910  River Plate played the Argentine club  Alumni, 6 times Copa Tie winners and the strongest team in South America. I am unable to identify what the match was played for, was it part of a tournament or simply a friendly?  There was a clash of colours and  River plate wore a change strip of celestial blue.  T he match took place at Parque Central Montevideo on 10.04.10. Alumni took a 1-0 lead but River came back to win 2-1.
In recognition of this feat the Asociación Uruguaya de Fútbol adopted the celestial blue jerseys as the colour of the national team from 1910 onwards.
In 1920 River Plate were relegated. They participated in the dissident Federación Uruguaya de Football championship in 1923, finishing 26th out of 32. In 1925 the club ceased to exist.
In 1932 a new club emerged from the merger of Club Atlético Capurro and Olimpia, taking the name Club Atlético River Plate.