cancel confirm NSFW Votes: (0 votes)
Are you the publisher? Claim or contact us about this channel.
0
Showing article 154 of 562 in channel 31949556
Channel Details:
Viewing all articles
Browse latest Browse all 562
0
0
Of the 12 teams that took part in the inaugural season of the Football League 10 are still playing League football , and Stoke, reformed in 1908, did their very best to carry on seamlessly where the original club left off.
So, how many of those 11 grounds have hosted League football for 127 years? And what has become of the grounds of 1888 which are no longer used for football?

Aston Villa - Wellington Road (Perry Bar)
Villa acquired the ground, then undeveloped, in 1876, It remained their home ground until 1897. Wellington Road hosted 2 FA Cup semi finals and an England international, but the playing surface was poor and Villa wanted a more commodious stadium.  The last League match was played at Wellington Road on 22nd  March 1897. The land was built over and no trace of the old ground remains. 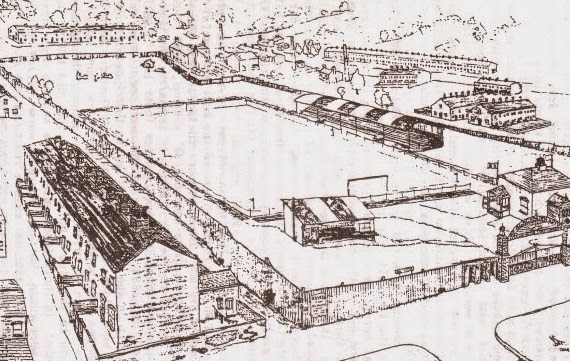 Blackburn Rovers - Leamington Road
Rovers moved into this, their third ground, in 1881. Leamington Road hosted 2 England internationals. The last League game played there was on January 4th 1890, after which the club moved to Ewood Park. The Leamington Road ground was built over and is now the site of rows of charming red brick houses.

Bolton Wanderers - Pikes Lane
Bolton's first regular home venue. The club remained at Pikes Lane from 1880 until 1895, the last game being played on 13th April 1895. The ground was reputedly unpopular with players and spectators alike due to the bumpy pitch and poor facilities. It is now the site of terraced housing.

Burnley - Turf Moor
Burnley moved into Turf Moor in 1883 and remain there to this day.

Derby County - The County Ground
The County Ground (aka The Racecourse) is still a County Cricket Ground (no longer used for horse racing!). Derby County played there until 1895 when they moved to the Base.ball Ground. The County ground was the first provincial ground to host an FA Cup Final (1886) and also staged an England International.

Everton - Anfield
Anfield is still a League venue of course, but with different tenants.  Everton played their last match there in 1891 before moving into their grand purpose built stadium at Goodison Park.

Notts County - Trent Bridge
Continuing the theme of cricket grounds. Trent Bridge hosted Notts County matches in the 1860s, but it was the primary venue for Nottingham Forest until 1883. Forest relocated and County moved in, staying until  1910, when they moved to Meadow Lane.

Preston North End - Deepdale
North End was primarily a cricket club when they first leased the land on Deepdale Farm in 1875. Their winter game was Rugby football. Association was first played at Deepdale in 1878, and it remains the home of Preston North End to this day. 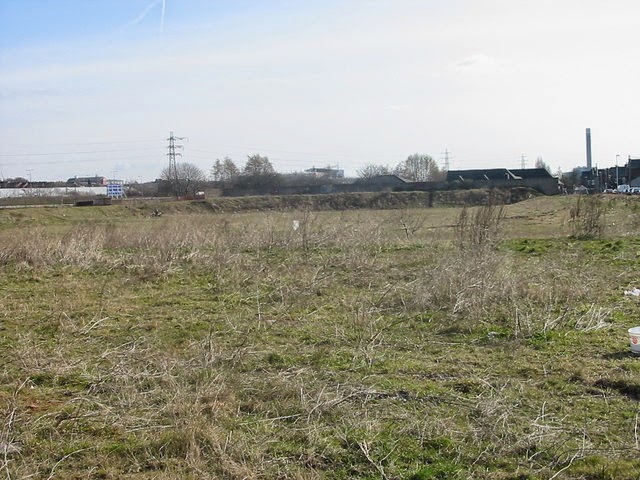 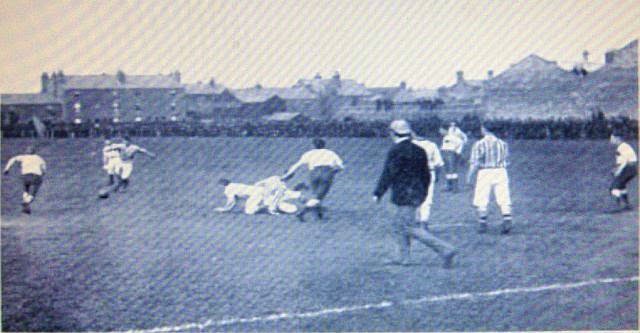 West Bromwich Albion -Stoney Lane
Stoney Lane was Albion's 5th ground. It was their home from 1885 until 1900. The site is now a housing estate. 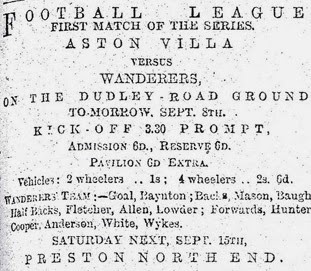 Wolverhampton Wanderers - Dudley Road
Home to the Wanderers from 1881- 1889, the last match being played on 2nd  March 1889. Now a housing estate.