cancel confirm NSFW Votes: (0 votes)
Are you the publisher? Claim or contact us about this channel.
0
Showing article 155 of 562 in channel 31949556
Channel Details:
Viewing all articles
Browse latest Browse all 562
0
0
The number of clubs in the Football League in 1919 was 44. In 1921 that number had grown to 86. This expansion was completed by the formation of the northern section of the Third Division in March 1921.
There had been reservations from the Football League management Committee regarding both the playing standards and financial security of the Northern clubs. The original Third Division had been largely formed of established Southern League Clubs. In addition to the £100 registration fee and the 10 guineas a year membership, each of the Northern Clubs had to pay the League a guarantee of £50. The grounds of the applicants were subjected to inspection.
This was an austere period in the nation's history, with football affected as much as any other area of society. League membership was often perceived as being a guarantee of financial security.
None of the clubs listed below has ever reached the top tier of the English game (14 of the 22 clubs that made up the previous season's almost exclusively southern Third Division have reached that level, and 4 are currently in the Premier League).

The following 20 teams made up the Third Division North for the 1921-22 season:

Ashington
The Colliers were founded in 1883. 1921-22 was their first season in the Football League.
They were relegated from the League at the end of the  1928-29 season. They currently play in the Northern Football League. (9th tier of the Pyramid).


Barrow
Founded in 1901. Joined the Lancashire Combination in 1903.1921-22 was their first season in the Football League. They spent 51 seasons in the League (11 in Division 4) and failed re election in 1972. They currently play in the Conference North (6th tier of the Pyramid).

Crewe Alexandra
Founded in 1877. previously in Division Two of the Football League (1892-96). Before their return to the League in 1921-22 they played in  The Combination, Lancashire league , Central League Birmingham & District League,  Currently in League 1 (3rd tier).

Durham City
Formed in 1918. 1921-22 was their first season in the Football League. In 1928 they failed to gain re-election to the league and returned to playing in the North Eastern League, Disbanded in 1938,

Grimsby Town
Grimsby joined the Football  League in 1892-93. They were formed as Grimsby Pelham in 1878. They had been relegated out of the League in 1910-11, playing in the Midland League and returning after one season. They finished bottom of Division 2 in 1920-21 and were relegated into the new Third Division North. Remained in the Football league until 2010 and now play in the 5th tier.

Hartlepools United
Founded in 1908. In 1968 they dropped the 's' and the 'United'. The 'United' was revived in 1977. 1921-22 was their first season in the Football League and they have spent their entire history in the bottom 2 divisions of the Football League. Currently in League 2 (4th tier).

Lincoln City
When it comes to League membership Lincoln City (founded 1884) are in and out like the tide. Joining the Third Division North in its inaugural season marked the beginning of their 3rd spell as a League club. They are currently in their 2nd spell in the Conference (5th tier).

Nelson
The Admirals currently occupy the 9th tier of the Pyramid. The club, founded in 1881 was dissolved in 1900 and again in 1916.  The current incarnation (1918) played in The Central League. 1921-22 was their first season in the Football League and they were members until 1931.


Rochdale
The Dale were formed in 1907. They played in the Lancashire Combination- winning the title twice.1921-22 was their first season in the Football League. They finished bottom and had to apply for re election. They currently play in League 1 (3rd tier) and have never escaped the bottom 2 divisions of the Football League.

Southport
Founded in 1881 and known at various times as  Southport Central (1888) and Southport Vulcan (1918). They played in the Central League before joining the Third Division North in its inaugural season. Remained in the Football League (bottom 2 divisions) until 1978. Currently in the 5th tier.

Stalybridge Celtic
Founded in either 1906 or 1909 the Celts were the first of 1921's new league clubs to leave the League,resigning after 2 seasons.
They previously played in the Lancashire Combination the Central League, and the Southern League. they currently play in the 6th tier.

Stockport County
Heaton Norris Rovers were founded in 1883. In 1890 they adopted the name Stockport County. They joined the Football League in 1900 and were members for 110 years. Currently in the 6th tier. They won the Third Division North in its inaugural season. 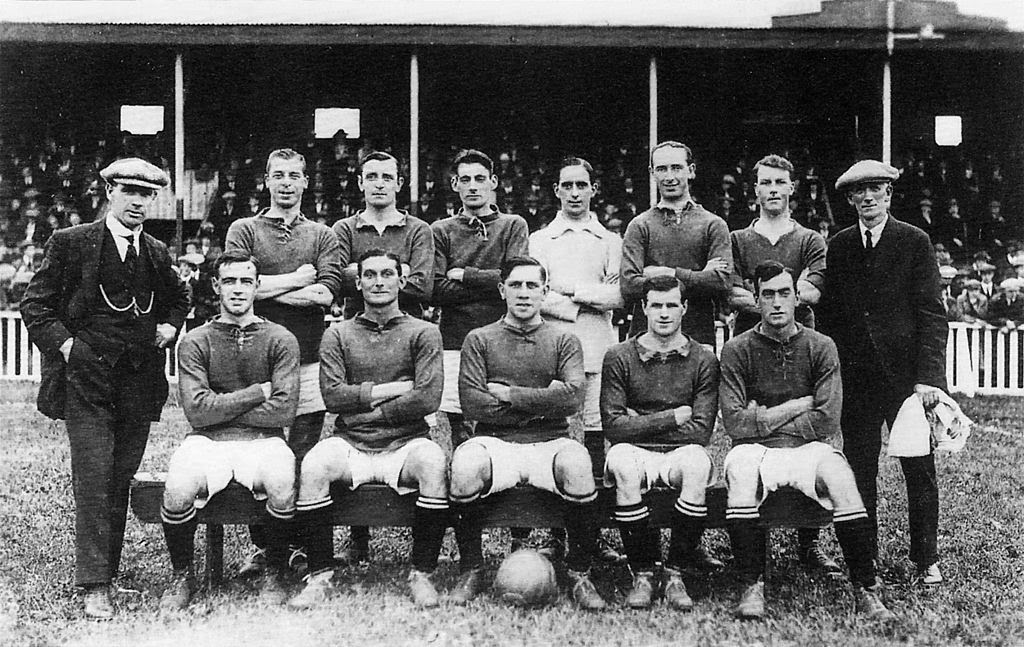 Tranmere Rovers
Belmont Football Club changed their name to Tranmere Rovers in 1884, one year after their formation. They have played in the 3rd tier for the majority of their time in the Football League, but at present lie in the 4th tier.
Walsall
Walsall Town was founded in 1877 and Walsall Swifts in 1879. These clubs merged to form Walsall Town Swifts in 1888. In 1892 the club joined the Football League and in 1896 changed its name to Walsall FC.
Wigan Borough
Wigan United were founded in 1919. In 1920 they were embroiled in a scandal over broken time payments whilst playing in the Lancashire Combination, leading to a name change to Wigan Association. This name was soon changed to Wigan Borough. Borough were elected to the new Third Division North despite finishing next to bottom of the Lancashire Combination. They resigned from the League in 1931 having succumbed to financial difficulties. They had spent their 10 years as a League club in the third division.
Wrexham
North Wales' Wrexham are a truly ancient outfit founded in 1864. This was their first season of League Football.They survived until 2008, and currently play in the 5th tier.

The following were the unsuccessful applicants:

Castleford Town
Castleford was a Rugby stronghold. Town had played in the Midland League since 1909. They went out of business in 1936.

Rotherham Town
The Midland League club were the second team to bear the name. In 1925 they merged with Rotherham county to form Rotherham United.

Blyth Spartans
A name that is almost synonymous with non  league football due to the FA Cup exploits of the Tyneside club down the years. They are currently in the 7th tier of the pyramid.

Doncaster Rovers
The Midland League side replaced Stalybridge Celtic for the  1923–24 season. Currently in the 3rd tier.

West Stanley
From a  County Durham mining village . The club ceased to exist in 1959.

Wakefield City
Another Rugby stronghold, Wakefield is the largest city in England never to have had a team in the Football League. City were a new club, having been founder members of the Yorkshire League in the 1920-21 season. Having failed to get into the Football League they joined the Midland League, where they survived one season. The club was dissolved in 1928.

Scunthorpe and Lindsey United
The club has reverted to their original name.  They continued in the Midland League until , after many attempts, they were accepted into the Football League in 1950. Currently in the 3rd tier.

South Liverpool.
Having relocated and changed name this club entered the Football League in 1923 as New Brighton. Dissolved in 1983. There is an extant South Liverpool FC, the 3rd club to carry the name.