cancel confirm NSFW Votes: (0 votes)
Are you the publisher? Claim or contact us about this channel.
0
Showing article 175 of 562 in channel 31949556
Channel Details:
Viewing all articles
Browse latest Browse all 562
0
0 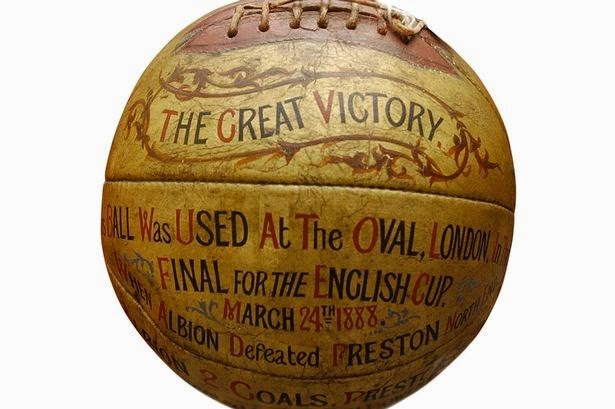 I have seen all the best sides in Football but I have never seen a side that compared to Preston North End at their best. We beat them but I do not pretend for a moment that we deserved to beat them.
Billy Bassett 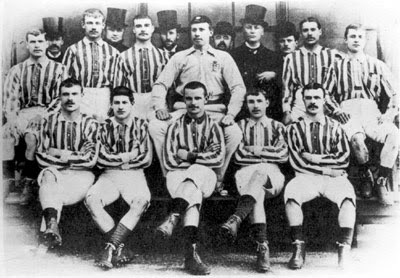 The FA Cup Final, 1888. Preston North End were strong favourites to win the match. From September 1887 to March 17th 1888 they had won every game. On March 17th they had drawn 1-1 with Crewe Alexandra.
In the eyes of  the FA president and match referee Major Marindin Preston North End were a Bad Thing- he disapproved of their supposed reliance on Scottish imports. Now the Preston players incensed him further by asking to have a team photograph with the cup before the match.
Anecdotally West Bromwich Albion players refused to bet with their Preston North End counterparts on the outcome of the match. The team featured the majority of the players that would go on to feature in the Invincibles squad the following season. Add to that impressive pool of talent the name of  Nick Ross, probably the best defender of his era.
* Scottish players. Mills-Roberts was Welsh. Mills-Roberts and Dewhurst were amateurs. The majority of the  West Bromwich players  were born in that town, with others from nearby Walsall, Tipton and Handsworth.
Contemporary reports condemn the Preston forwards for their profligacy. Each of the 5 North End forwards was guilty of at least one serious error in front of goal, and Nick Ross was reported as having said at half time 'our forwards will cost us this match', 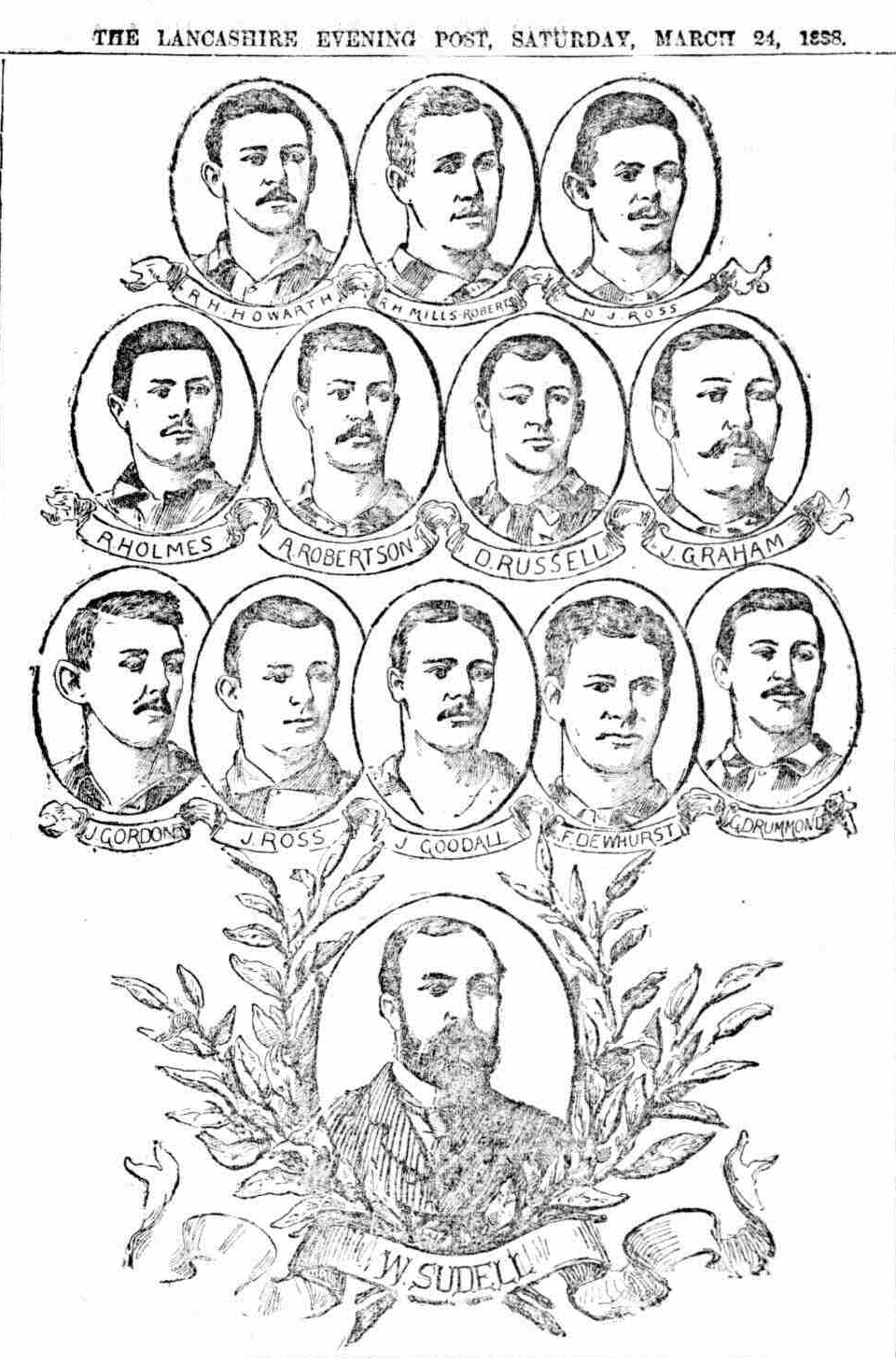 Preston North End
Bayliss put Albion ahead in the 20th minute, shooting home from a Bassett cross. Dewhurst equalised in a scramble 7 minutes into the second half, and after Jimmy Ross had hit the post West Brom got a winner with just over 10 minutes left to play.
Modern references credit the winning goal to Woodhall, but most contemporary
newspaper reports I have read give the winning goal to Bayliss, heading in after Woodhall had shot against the post. Another account has a shot by Woodhall being deflected in off Bassett's knee. The Birmingham Daily Post infers that Woodhall was responsible for the goal.  Such was life before the action replay.