cancel confirm NSFW Votes: (0 votes)
Are you the publisher? Claim or contact us about this channel.
0
Showing article 204 of 562 in channel 31949556
Channel Details:
Viewing all articles
Browse latest Browse all 562
0
0 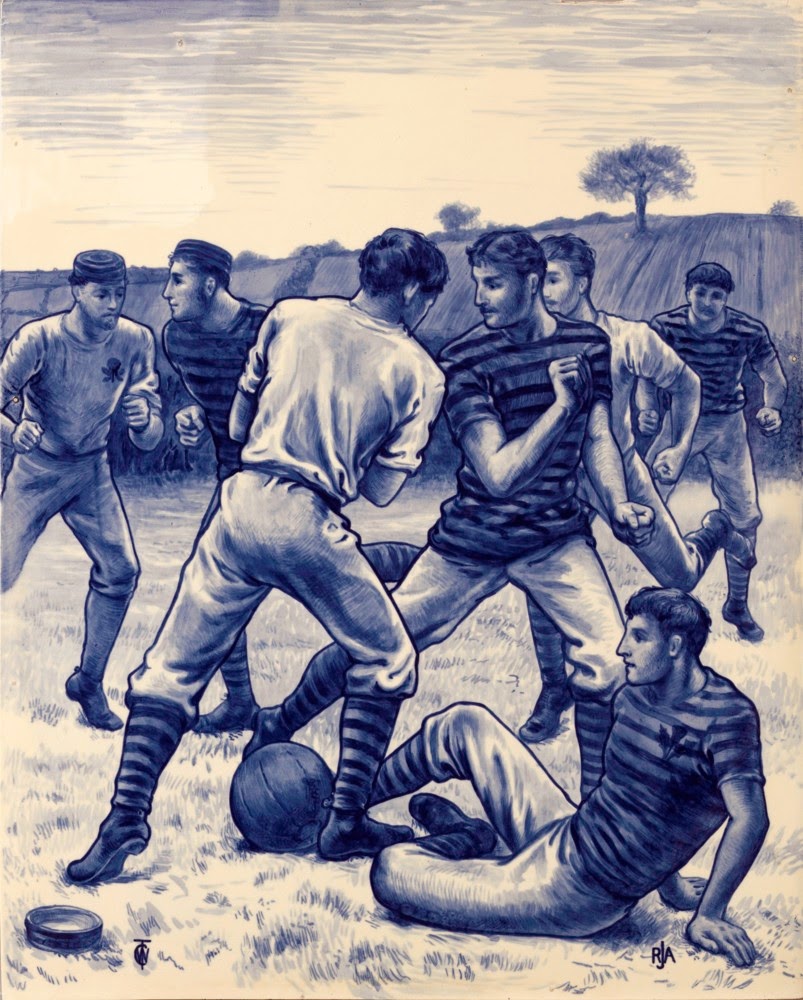 This large ceramic tile was produced by the Spode company in the 1870s. There is some lovely detail in evidence, such as the construction of the ball and the costumes of the players. However, a closer look at the jerseys reveals some artistic license. Is it fair to assume that the rose and the thistle motifs are meant to suggest that what we are seeing here is an England v Scotland clash, played out against a backdrop of rolling hills?
England, of course, have never sported the rose as a national football emblem (it has always been the crest of the Rugby Union team). The thistle is usually Scotland's Rugby emblem, but the Association team adopted it in the 1890s before a return to the lion rampant that had featured from the first ever international. The combination of hooped jerseys (navy and white) and the thistle emblem might have appeared in 1881, but those jerseys were collared.
See also: http://gottfriedfuchs.blogspot.co.uk/2014/05/egg-chasers.html