cancel confirm NSFW Votes: (0 votes)
Are you the publisher? Claim or contact us about this channel.
0
Showing article 276 of 562 in channel 31949556
Channel Details:
Viewing all articles
Browse latest Browse all 562
0
0 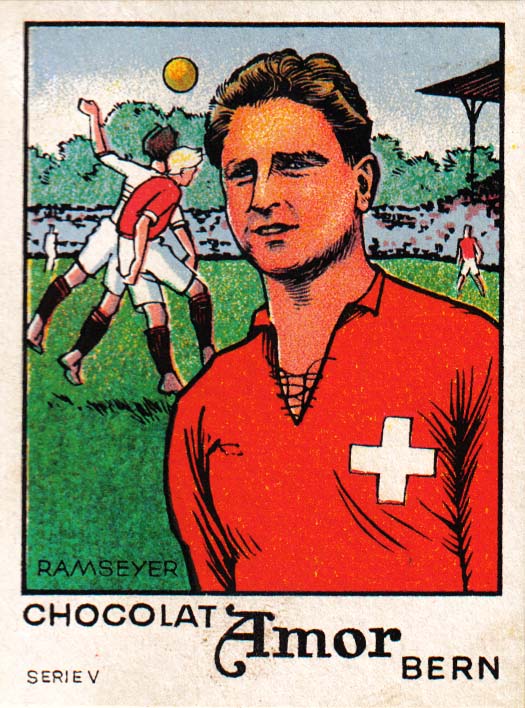 Rudolf 'Ruedi' Ramseyer won 59 caps for Switzerland between 1920 and 1931. He captained the national side 30 times, scored 5 goals in internationals and appeared at the 1924 Olympic Games.
Ramseyer transferred from Young Boys to FC Berne in 1925. He began his career as a winger but then became a successful fullback.
The stunning card was part of a series issued by the Amor Chocolate company of Berne.