cancel confirm NSFW Votes: (0 votes)
Are you the publisher? Claim or contact us about this channel.
0
Showing article 277 of 562 in channel 31949556
Channel Details:
Viewing all articles
Browse latest Browse all 562
0
0 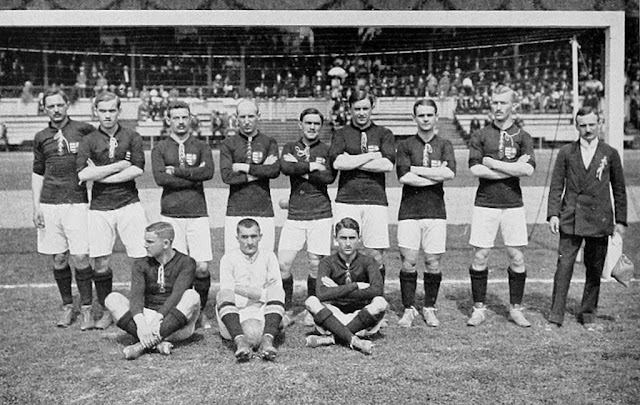 The luck of the draw...
Hungary were in a pretty good place before the commencement of the 1912 Olympic tournament at Stockholm.
15 games had passed since they had been beaten 8-2 by England in 1909. Of these only 3 had been lost. 8 had been won, and 45 goals had been scored. In November 1911 Imre Schlosser had scored 6 in a 9-0 win over Switzerland.
Their final warm up match had been a 6-0 win over Norway in Oslo.
Having been given a bye in the first round Hungary faced England Amateurs (Great Britain).
It was a scorching day, and an experienced Hungary XI were outgunned by the English.
Bradford City's Harold Walden got 6 goals and the legendary Vivian Woodward 1 as England ran out 7-0 winners.
Contemporary Hungarian reports state that the score did not reflect the balance of play- possession and territory were about equal but that whereas the English forwards played phenomenally Schlosser was unwell and off form.


Hungary won the consolation tournament, beating Germany (2 days after their record 16-0 win over Russia) by 3-1. Hungary met Austria in the final, winning 3-0 with goals from Schlosser, Pataki and Bodnár.