cancel confirm NSFW Votes: (0 votes)
Are you the publisher? Claim or contact us about this channel.
0
Showing article 280 of 562 in channel 31949556
Channel Details:
Viewing all articles
Browse latest Browse all 562
0
0 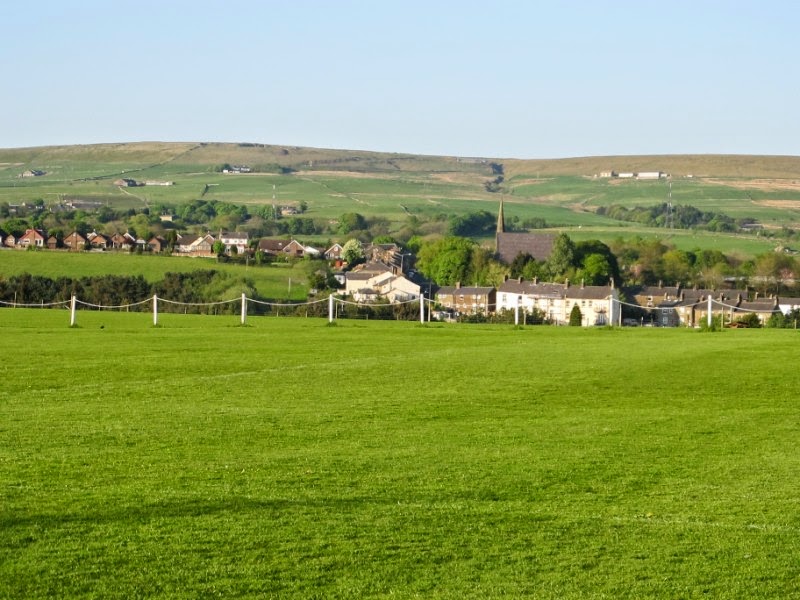 Turton's ground at Tower Street, Chapeltown
The story of football as we know it today really begins with the working classes of the industrial north of England embracing the codified football that had been refined by the public schools. This was what gave rise to the football boom, when the game began to attract audiences of tens of thousands and professionalism evolved.
It was long thought that Turton FC were the first Association Football club in Lancashire (that honour now rests with the long lost Hulme Athenaeum).  Keith Dewhurst's excellent Underdogs: The Unlikely Story of Football's First FA Cup Heroes shows us that Pre-Association football (often referred to as Folk Football) was popular in the Turton area and when organized football arrived it was courtesy of old Harrovians.
The club was formed in 1871 when local dignitaries (James Kay of Turton Tower and WT Dixon, the local schoolmaster ) had decided to introduce some order into what was already a popular diversion for the men of the area. James Kay was also inspired by the return of his 16 year old son John Charles Kay, who had been away at Harrow School.  John Charles Kay was elected captain and the club played a variant of the Harrow Rules.
It was in August 1873 that Turton Football Club voted to play exclusively by the Football Association rules. This was as a result of correspondence between John Charles Kay and CW Alcock, Kay having been keen to adopt the 'London' rules.
Turton Football Club  was one of the original members of the Lancashire Football Association.
J.J Bentley, a  former captain (secretary, treasurer and president)  went on to become President of the Football League and Vice-President of the Football Association and secretary of  both Bolton Wanderers and Manchester United as well as being the editor  of The Athletic News.
Turton's former home ground at Tower Street, Chapeltown is claimed to be the oldest football pitch still in use today.
Turton entered the FA Cup 3 times (1879-1881) and in 1885 the undertook a brief tour to Scotland, playing Partick (drawn)  and St Mirren (lost 2-1).

With the emergence of professionalism Turton were eclipsed by neighbours such as Darwen Blackburn Rovers and Bolton Wanderers.
In the 1892-93 season they joined the  Lancashire Combination.