cancel confirm NSFW Votes: (0 votes)
Are you the publisher? Claim or contact us about this channel.
0
Showing article 351 of 562 in channel 31949556
Channel Details:
Viewing all articles
Browse latest Browse all 562
0
0 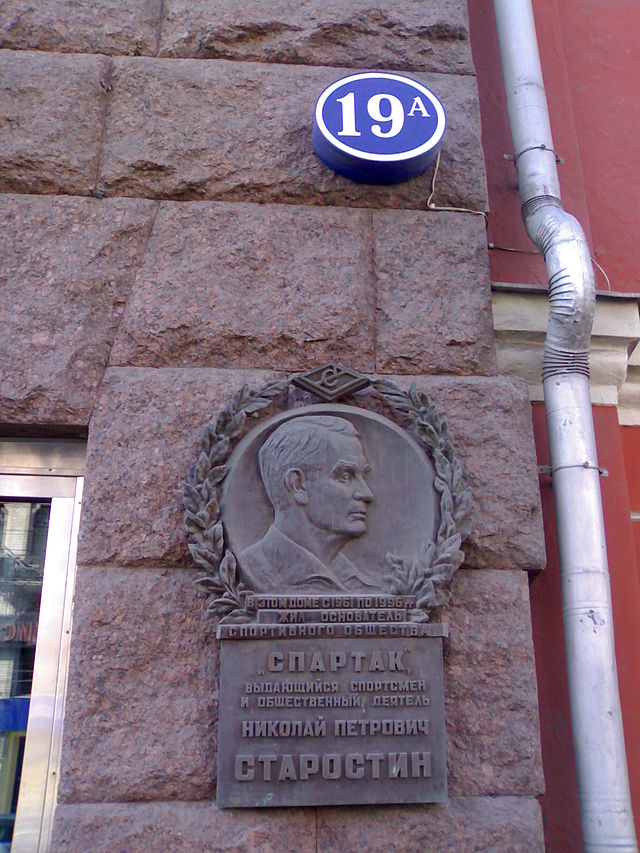 Strictly speaking this falls outside our era. Nikolai Starostin lived at 19a Ulitsa Tverskaya (Moscow) from 1961, when his playing days were long behind him, until his death in 1996.
Starotsin, who held the honour Hero of Socialist Labour and was a 3 time recipient of the Order of Lenin, also spent 11 years as a political prisoner (1942-53).
We'll include him here though for the role he played in developing Spartak Moscow, who emerged from the local Moscow scene to become the great populist side in the Soviet Union.
Notice how the colour scheme of the building next door resembles the Spartak jersey!