cancel confirm NSFW Votes: (0 votes)
Are you the publisher? Claim or contact us about this channel.
0
Showing article 5 of 562 in channel 31949556
Channel Details:
Viewing all articles
Browse latest Browse all 562
0
0 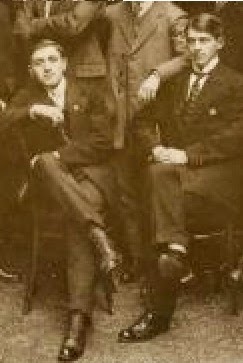 Julius Hirsch and Gottfried Fuchs, the 2 Jewish footballers who represented Germany. During the Third Reich era Fuchs went into exile and Hirsch was murdered at Auschwitz.
The memory of these 2 remarkable men has been kept alive by historian Werner Skrentny, and the city of Karlsruhe has a Gottfried-Fuchs-Platz and a Julius-Hirsch-Straße.  The DFB's Julius Hirsch Prize honours those who promote freedom , tolerance and humanity.

Max Bruenig scored the winner from the penalty spot in the 114th minute at Köln.

It was in 1912 that Hirsch and Fuchs first played together for the German national team.  On 04.03.12
at Zwolle Netherlands and Germany played a 5-5 draw. Fuchs scored Germany's first goal in the 13th minute, but Juller was the star of the show, scoring 4 goals.

They next featured together in the consolation round of Olympic tournament on 03.07.12, 2 days after Fuchs scored 10 goals in a 16-0 demolition of Russia , Hirsch returned to the side for the match with Hungary. Hungary won 3-1 (an Imre Sclosser hat trick).

Hirsch and Fuchs final appearance together for Germany came  on 23.11.13. at Antwerp. Belgium thrashed Germany 6-2. Fuchs got Germany's second, but Belgium had already scored 5 by then. 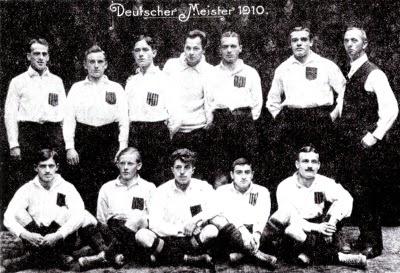 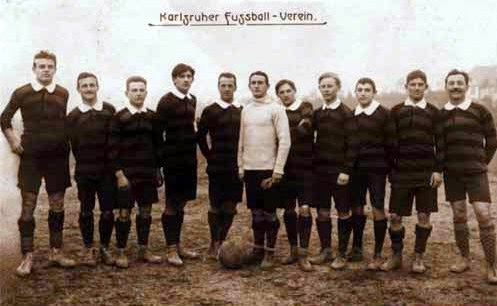