cancel confirm NSFW Votes: (0 votes)
Are you the publisher? Claim or contact us about this channel.
0
Showing article 517 of 562 in channel 31949556
Channel Details:
Viewing all articles
Browse latest Browse all 562
0
0
Estadio Centenario, Montevideo.
A super stadium purpose built for the 1930 FIFA World Cup.
The stands commemorated the triumphs of Uruguay's Golden Decade (Amsterdam, Colombes, Olympic).
Originally the plan was to hold all 18 matches at Estadio Centenario, but in the event games were also played at Estadio Gran Parque Central and Estadio Pocitos. Centenario hosted 10 games, which yielded 44 goals.
The stadium was capable of accommodating 90,000 spectators. The official attendance for the final was 68,346, 11,500 less than attended the semi final of Uruguay vs Yugoslavia.
The diagram has the pitch divided into squares as a means of helping radio listeners keep track of where the action was (a system pioneered by BBC commentators). 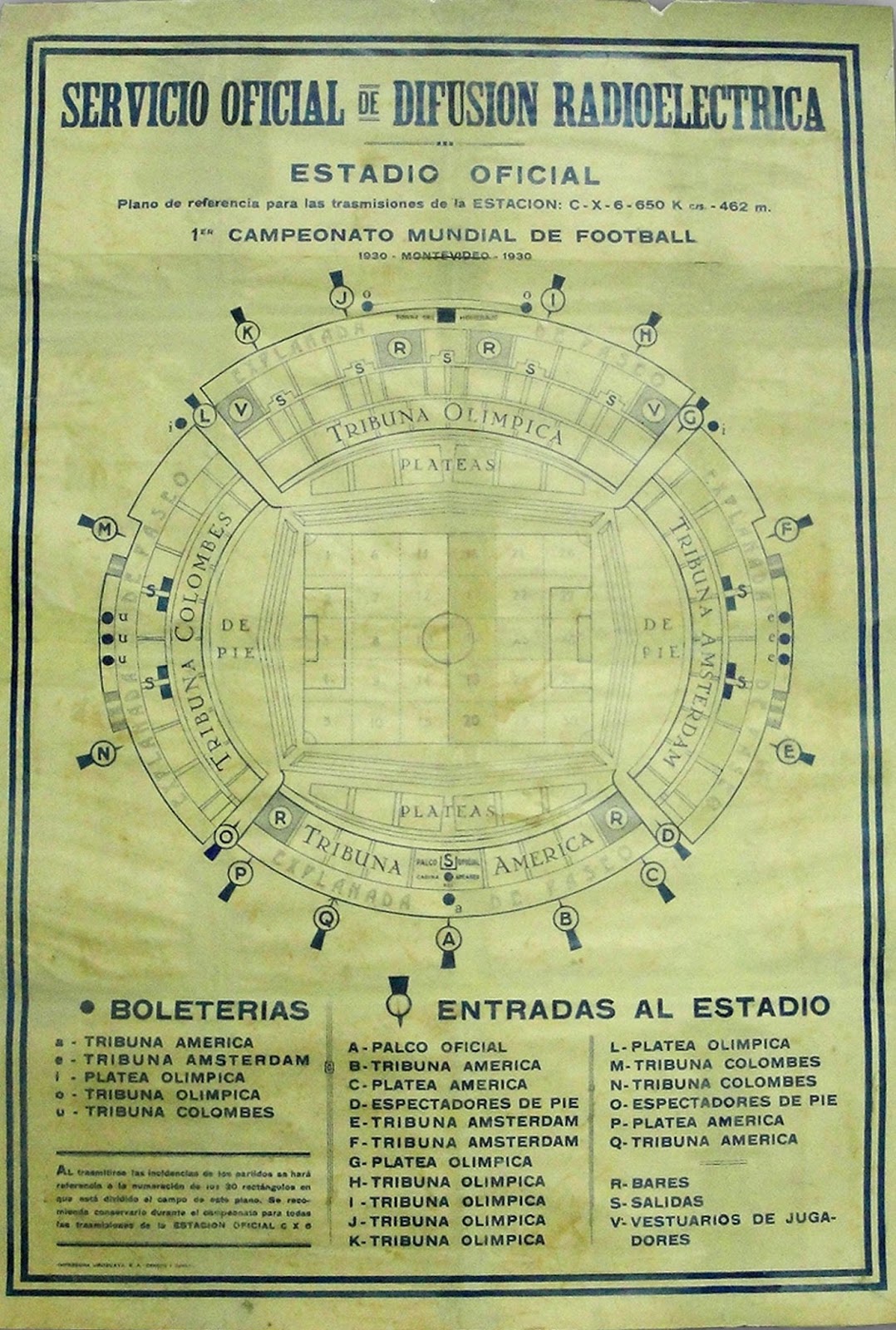