cancel confirm NSFW Votes: (0 votes)
Are you the publisher? Claim or contact us about this channel.
0
Showing article 518 of 562 in channel 31949556
Channel Details:
Viewing all articles
Browse latest Browse all 562
0
0
The Pilgrims, a selection of  amateur invitees, made 2 tours to North America in the 1900s.

1905
The 1905 tour was financed by C. H. Murray, an American 'gentleman'. In addition to the players and Mr Murray other  travelers were Baron Von Reiffenstein (who was the backer of the amateur Southern League outfit Southern United), Mr.J. J. Bentley (President of the Football League, Vice-President of the Football Association), and Lady Kirkpatrick.
Sir Charles Kirkpatrick was a middle distance runner pressed into service as a goalkeeper.
Fred Milnes was captain.
Milnes and Woodward were due to meet President Roosevelt, who advocated Association football over the American game, but sadly the meeting never took place.
The object of the 1905 Tour was to promote Association Football, and this was met with some opposition by College authorities who had embraced the dreadful hybrid collision sport that passed for 'football' in North America. Sir Charles vehemently and diplomatically denied that they wanted to displace the native code.
Sir Ernest Cochrane donated a trophy to be contested by American colleges, and the match between The Pilgrims and New York was played for the Cochrane Cup.
There are references to some games being played under ‘Canadian Rules’ which may be a euphemism for rough play. The Canadian game allowed players to be 'checked' or charged when they were nowhere near the ball.
The intention was to play some cricket, but I can find no reference to this happening. 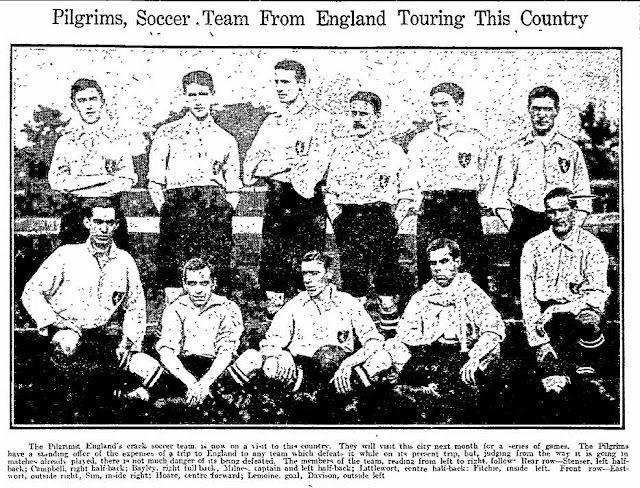 The 1909 tour was at the invitation of the American International Soccer Football Association.
From 1906 onwards England fielded an amateur international team. The touring party included 9 amateur internationals and 2 Scottish internationals.
The game at Cincinnati was played under floodlights.
The tourists suffered 2 major injuries, Fitchie broke his ankle in the game versus Cricketers and Eastwood seriously damaged an eye against  All Westerns. 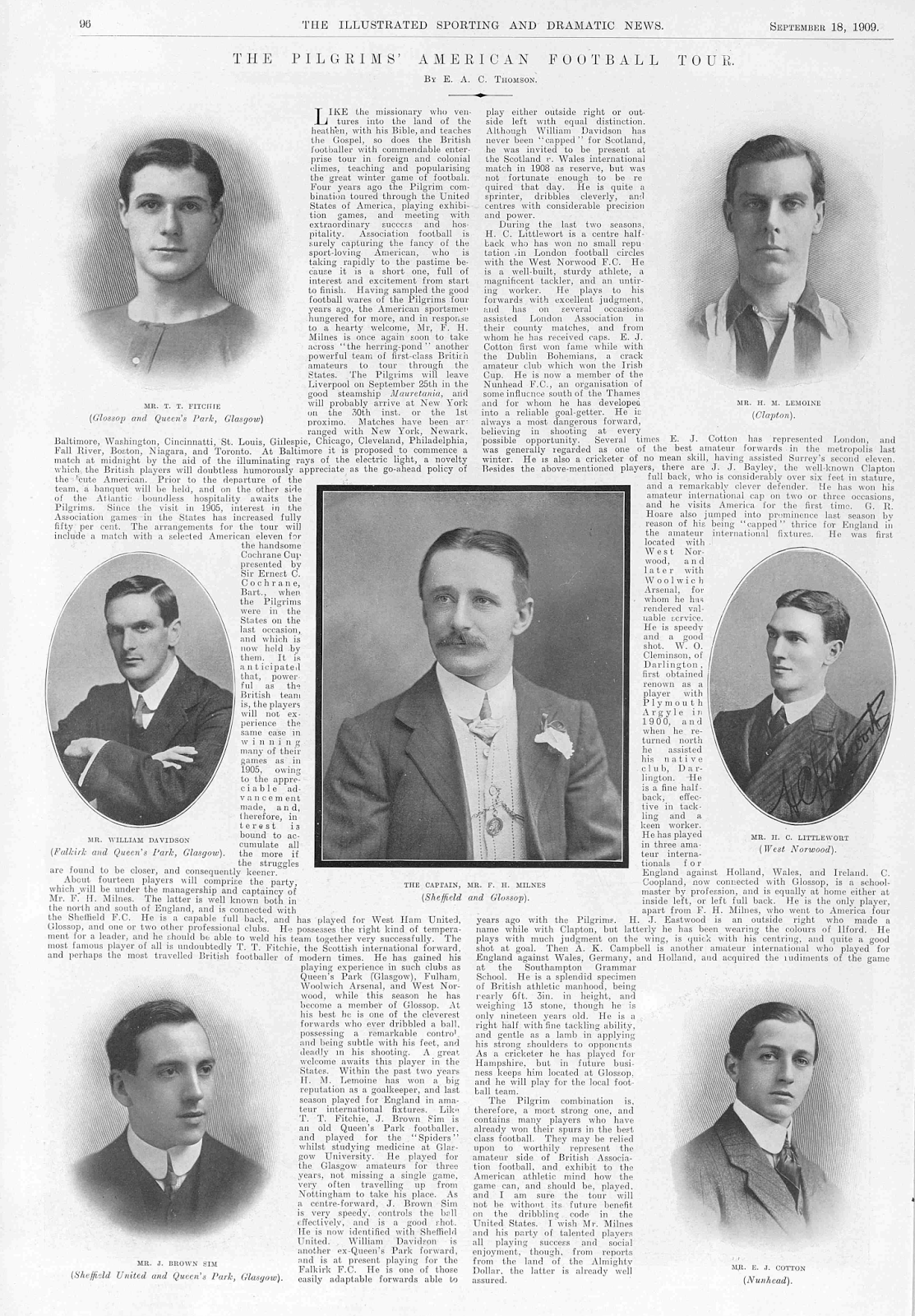