cancel confirm NSFW Votes: (0 votes)
Are you the publisher? Claim or contact us about this channel.
0
Showing article 57 of 562 in channel 31949556
Channel Details:
Viewing all articles
Browse latest Browse all 562
0
0 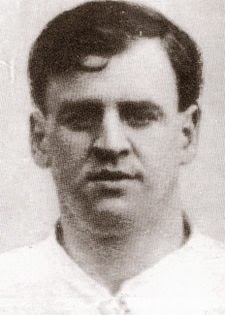 Jackie Carr- 449 appearances for Middlesbrough, capped twice by England (1919-1923). When this article appeared Carr was approaching the end of his playing days (he was 29) and shortly afterwards left Blackpool for Hartlepools United.  He began his management career with Hartlepools in 1932 and later took charge at Tranmere Rovers and Darlington.