cancel confirm NSFW Votes: (0 votes)
Are you the publisher? Claim or contact us about this channel.
0
Showing article 63 of 562 in channel 31949556
Channel Details:
Viewing all articles
Browse latest Browse all 562
0
0 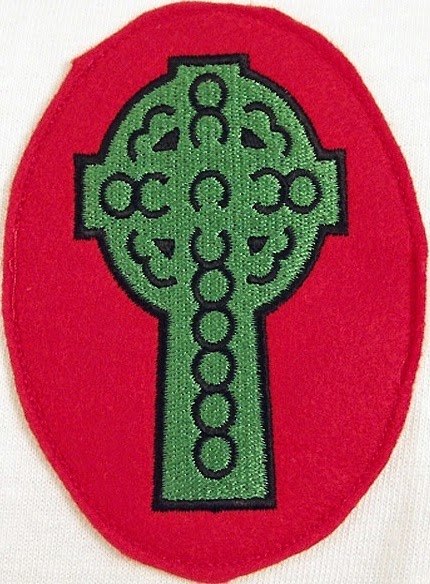 It would appear as if the newly-formed Glasgow club, the Celtic F.C., has a bright future before it. At any rate, if the committee can place the same eleven in the field as opposed the Rangers last Monday evening, or an equally strong one, the Celtic will not lack for patronage and support.
The Scottish Umpire 05.06.88


Celtic played their first match on 28th May 1888. The opponents, a team called The Swifts, were a Glasgow Rangers XI. Celtic won by 5-2.
The club had assembled a team that comprised both young Lanarkshire talent and established players of some repute. Professionalism was outlawed in Scottish football, but some of these players were undoubtedly paid to play and rewarded for signing on. The 11 featured 3 players who had previously represented Scotland (Kelly, McCallum and Dunbar ) . 7 were born in Scotland, 2 in Ireland and 2 in England. The average age was 22.
Here is the line up:

Goalkeeper:  Mick Dolan (Drumpellier) 19
Dolan joined the newly formed club from Coatbridge's Drumpellier FC . The town of Coatbridge is noted for its strong Irish connections. Most of Dolan's career with Celtic was spent in the reserve team.
Right back: Eddie Pearson (Carfin Shamrock) 25
Pearson returned to Carfin Shamrock shortly after the establishment of Celtic.

Left back: James McLaughlin (Hibernian) 23
McLaughlin became Celtic's first choice goalkeeper during his 2 years at the club. He was later a top class referee.
Right half: Willie Maley (Cathcart) 20
Willie Maley, a legend in the game, joined Celtic  by chance. A party  went to the Maley family home in Cathcart to ask Tom to join the new club. Tom was visiting his girlfriend,  Willie was at home. The visitors (Brother Walfrid was present) suggested that  Willie should also join Celtic.  Willie was at Celtic for 9 seasons as a player, winning 3 Scottish League Championships (1892-93, 1893-94, 1895-96) and the Scottish FA Cup (1892). He made 2 international appearances for Scotland in 1893. He then managed the club for 43 years, winning 30  trophies.

Centre half: James Kelly (Renton) 22
Kelly was Celtic's big signing. One of the leading players of his day and a World Championship winner with Renton. Controversy surrounded his signing, as inducements and payments were undoubtedly involved.  Kelly went on to play 139 games for Celtic, winning the Cup and League in the process. He was also capped by Scotland. He later served as a director and as chairman of the club.

Left half: Phil Murray (Cambuslang Hibs) 22
Murray was an Englishman who later emigrated to the United States.
Outside right: Neil McCallum (Renton) 19
The Shadow scored Celtic's first ever goal. Another Renton star lured to the club.He later played for Blackburn Rovers and Nottingham Forest as well as guesting for Glasgow Rangers.

Inside right:  Tom Maley  (Cathcart) 23
Handsome Tom was another coup signing. A player (and all round athlete) of great repute. He later enjoyed some success in management.

Centre forward: John 'Jake' Madden (Dumbarton) 22
Jake 'The Rooter' Madden, a shipyard worker and professional footballer (though no such thing existed officially in Scotland at the time) appeared in the inaugural celtic game in transit from Grimsby Town back to his hometown club, Dumbarton. In 2 spells with the Celts he played 118 games and scored 49 goals. He was capped twice by Scotland, scoring 5 international goals.
Madden then made a huge contribution to the evolution of football in Czechoslovakia, coaching Slavia Prague for 25 years.


Inside left:. Mick.Dunbar ( Hibernian ) 24
Capped for Scotland in 1886 when he was with Cartvale. Was at Celtic for 5 years, making 32 first team appearances.


Outside left: Charlie Gorevin (Govan Whitefield) 24
An Irishman who later emigrated to the USA where he played both Gaelic and Association football.