cancel confirm NSFW Votes: (0 votes)
Are you the publisher? Claim or contact us about this channel.
0
Showing article 65 of 562 in channel 31949556
Channel Details:
Viewing all articles
Browse latest Browse all 562
0
0 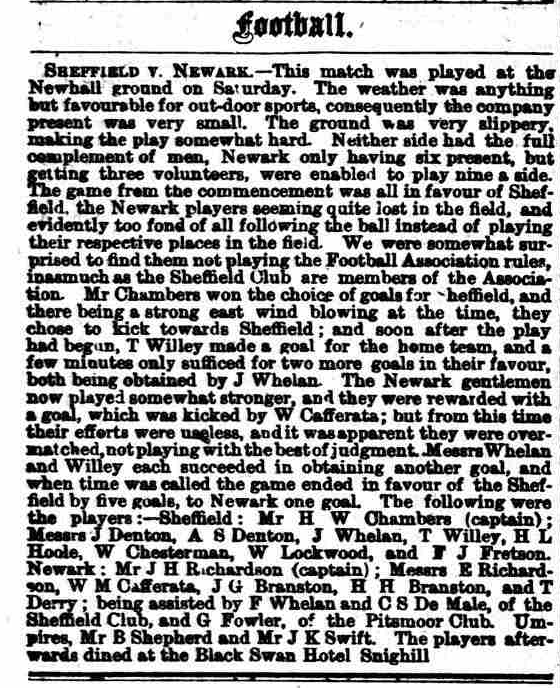 
Further evidence of the rather shambolic state of football in the 1860s. Newark short handed, unscientific in their play and a lack of clarity regarding the code.
We were somewhat surprised to find them not playing the Football Association Rules, inasmuch as the Sheffield Club are members of the Association... this comment by the (Nottingham) reporter reveals the confusion that persisted 6 years after the FA had set out to standardise the laws of the game. Sheffield, of course, was something of a special case- the Sheffield Association observed their own code of rules as they converged with those of the Football Association, eventually unifying  in 1878.
Newark Town, currently of the Central Midlands Football League: North Division proudly display the foundation year of 1868 on their club crest.
Viewing all articles
Browse latest Browse all 562
More Pages to Explore .....
© 2022 //www.rssing.com