cancel confirm NSFW Votes: (0 votes)
Are you the publisher? Claim or contact us about this channel.
0
Showing article 88 of 562 in channel 31949556
Channel Details:
Viewing all articles
Browse latest Browse all 562
0
0 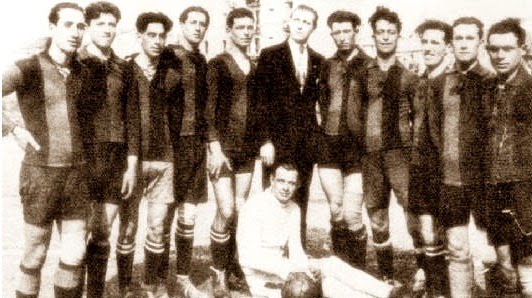 The Coppa Italia is a relatively new competition that just about comes into our pre 1937 view of World Football. Regular stagings date from 1935-36 (Torino were the winners, followed in 1936-37 by Genoa).
Earlier editions of the Coppa had been held in 1926-27 and 1922.
In 1926-27 the competition had been abandoned due to fixture congestion. 111 entrants had been reduced to 34 with only Baracca Lugo, Pro Vercelli and Carpi through to the next round when the tournament was closed in June.
The first  Coppa had been played in 1922.
Italian domestic football at the time was a sprawling regionalised affair. 2 rival editions of the Prima Categoria featured no less than 105 clubs! The Coppa attracted 37 entrants, 23 from the Prima Categoria, 12 from Promozione (the 2nd tier) and 2 from Terza Categoria (3rd tier).
The winners of the inaugural Coppa Italia were Vado. Founded in 1913 and based in the industrial port of Vado Ligure, 60 km from Genoa the club have spent the majority of their history in the 4th tier. In 1921-22 they were enjoying success in the Ligurian regional league.

The cup run was as follows: 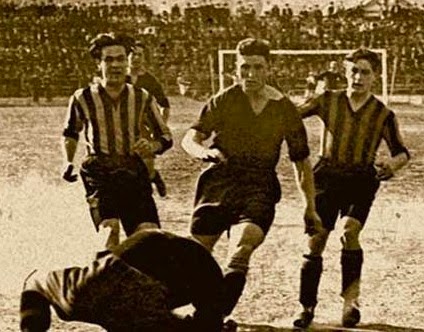 Levratto (center)
The final was 0-0 at 90 minutes and the extra time was played on a 'golden goal ' basis. The light was failing and referee, Sgr. Pasquinelli was on the verge of calling a halt to proceedings when 17 year old Virgilio Levratto cut inside from the left, beat 2 men and sent a 20 yard rocket into the top left corner of the net. It was the 127th minute of the game.
Levratto went on to play for a number of top flight sides  (Hellas Verona , Genoa , Ambrosiana and Lazio ).
He represented Italy 28 times scoring 11 goals and appeared at the 1924 and 1928 Olympics.
Levratto was known as Sfondareti (“net breaker”) due to the venom of his shooting. He once knocked the Luxembourg goalkeeper out cold with a shot.