cancel confirm NSFW Votes: (0 votes)
Are you the publisher? Claim or contact us about this channel.
0
Showing article 163 of 562 in channel 31949556
Channel Details:
Viewing all articles
Browse latest Browse all 562
0
0 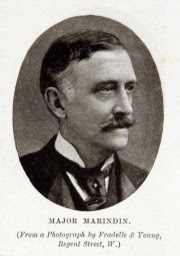 MAJOR MARINDIN ON THE ASSOCIATION GAME
A reporter has had an interview with Major Marindin, the president of the football association, who said at first he was opposed to the introduction of professionals, but he admits the result has been most satisfactory, for bona fide professionals it has been found do not play by any means so rough a game as do many so called amateurs. Many of them earn as much as £2 a week all the year round and their brilliant playing has certainly  done not a little for the game as a whole.  “The great curse of Association football at the present moment is the rough game adopted by a large number of clubs. We are determined to put this down.  Our rules are strong enough, but our difficulty is to get umpires with sufficient moral courage to stop rough play.  In any case I may remark that the Association is not so dangerous a game as Rugby. We get fractures and broken limbs, but we don’t get injuries to the neck and back that prove so fatal to the Rugby players.  As to betting at football, it is undoubtedly a great evil. It hardly exists in the South to such an extent as one finds it in the North.  There books are made on every great match, and a large amount of money without question changes hands.” “Is it for this reason” the Reporter asked “that such huge gates follow on great football matches?” “Hardly” replied the Major. “Football is rapidly becoming such a popular game that it is drawing even larger crowds than cricket. At the same time, I don’t think our clubs are making as much money as the public think.  You see they have to keep 11 or 15 players in service all the year round, and the travelling expenses of these are very large.
Lancashire Evening Post, 20.11.88
Viewing all articles
Browse latest Browse all 562
More Pages to Explore .....
© 2022 //www.rssing.com