cancel confirm NSFW Votes: (0 votes)
Are you the publisher? Claim or contact us about this channel.
0
Showing article 162 of 562 in channel 31949556
Channel Details:
Viewing all articles
Browse latest Browse all 562
0
0 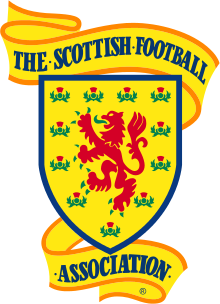 We have previously alluded to the position of the Queen's Park club as a de facto governing body within Scottish football.
It comes as no surprise, then, to find that when steps were taken to actually form a Scottish Football Association that Queen's Park were the originators of the scheme.
It all began with a proposal for a knock out competition along the lines of the FA Cup. On February 8th 1873 the committee of Queen's Park instructed the secretary, Archibald Rae to write to all Scottish clubs proposing a cup competition.
The resulting meeting on 13th March, 1873, was attended by representatives of  the following clubs (along, of course, with Queen's Park themselves):

Vale of Leven
Founded 1872, dissolved 1929, from Alexandria in West Dunbartonshire (to the west of Glasgow).In 1876 they became the first club to defeat Queen's Park ever! One of the first teams to seriously challenge the dominance of Queen's Park. Won the cup in 1877, 1878 and 1879.

Rovers FC
1873-78. Played at The Queen's Park , a public park in which Queen's Park had originally played. Rovers expressed an interest in the venture, but are not listed as founding members of the SFA.

3rd Lanarkshire Rifle Volunteers
Founded in 1872, the Cathkin Park club survived until 1967. Their military connections were by then a distant memory. Cup winners in 1889 and 1905.

Eastern
Active from 1873-85 Eastern were another 'public park' team based in Glasgow.

Granville
1872-78. This was Granville's only entry into The Scottish Cup. 3 of the players in Scotland's first international XI were members of the club (as well as being members of Queen's Park).

The resolution passed on March 13th was:

The clubs here represented form themselves into an association for the promotion of football according to the rules of The Football Association and that the clubs connected with this association subscribe for a challenge cup to be played for annually, the committee to propose the laws of the competition.
The first elected officials were:

A special mention is due to :
Kilmarnock
One of the oldest clubs in Scotland, founded in 1869, Kilmarnock were technically not founder members. They did, however, send a letter to the meeting giving their support to the proposals . They had to wait a while for their cup successes, which came in 1920, 1929, and 1997.

These 9 clubs were joined by the following 7 for the first round of the the first edition of the Scottish FA Cup in October 1873.

Callander
1872-74- a short lived Glasgow club who were Rangers' first ever opponents.

Dumbarton
1872- present. Currently in the second tier of Scottish football. Appeared in 6 Cup Finals in the 19th century , winning in 1883.

Blythswood
1872-79. From Kelvinside in Glasgow.

Southern
1872-75. Scratched from their only ever Scottish FA Cup match. 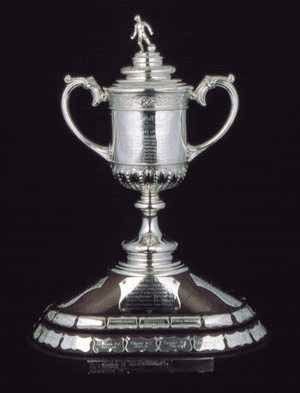