cancel confirm NSFW Votes: (0 votes)
Are you the publisher? Claim or contact us about this channel.
0
Showing article 326 of 562 in channel 31949556
Channel Details:
Viewing all articles
Browse latest Browse all 562
0
0 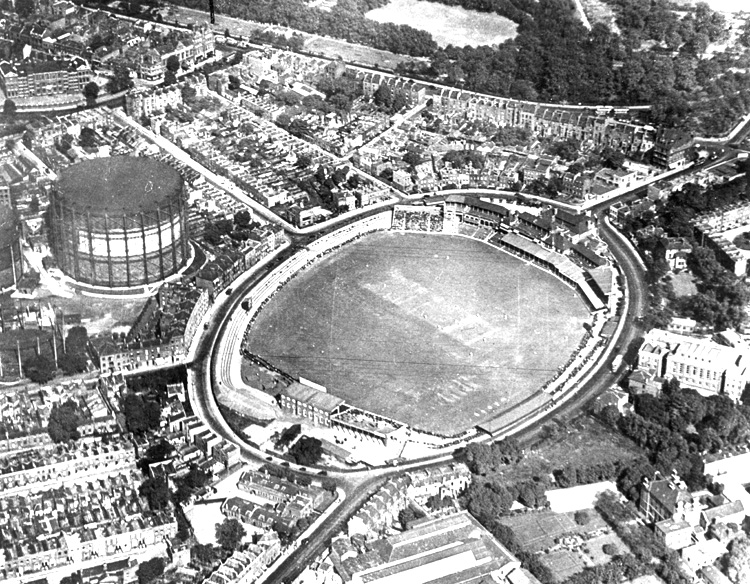 In the 1860s London's football was played in public parks such as Clapham Common and Battersea Park. There were no enclosed football grounds.
A significant change occurred on Saturday October 9th 1869, when The Wanderers v West Kent was played at the Kennington Oval, the home of Surrey Cricket Club. This was the first football match to be played at the famous venue.
The cricket ground had been laid out in 1845.
Charles Alcock had good connections in the cricket world. He played for Middlesex and would, in 1872, become secretary of Surrey. He was able to persuade the current Surrey secretary, William Burrup, that allowing the footballers to use the outfield in the winter months was a good thing.
The orientation of pitch was east to west. 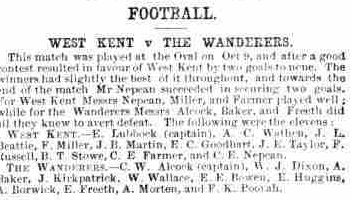 Charles Nepean, scorer of the 1st goals at The Oval
Over the following 23 seasons The Oval was England's leading football venue, hosting 22 FA Cup Finals (including 2 replays) and 10 internationals (8 v Scotland, 2 v Wales). It was also used as a venue for Rugby.
In 1892 Surrey County Cricket Club made it known that they wouldn’t be allowing any football to be played at The Oval until the end of October.Then, in January 1893, it was announced that because the square had been relaid there would be no football at The Oval that season.
Viewing all articles
Browse latest Browse all 562
More Pages to Explore .....
© 2022 //www.rssing.com